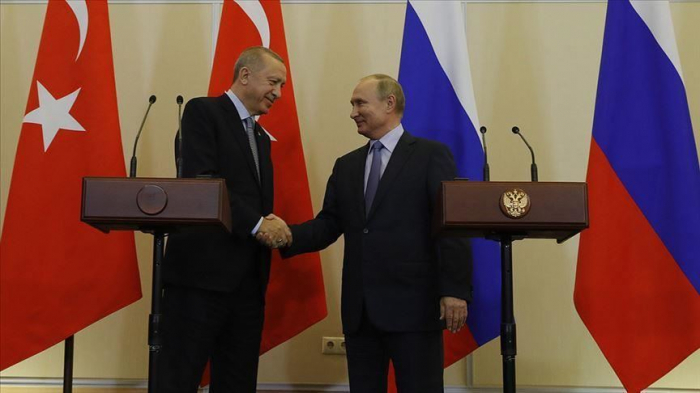 Erdogan and Putin discussed the latest situation in northeastern Syria where Turkey launched an operation last month and the withdrawal of YPG/PKK terrorists from the region, according to the President's Office.

They also reiterated their commitment to a deal reached on Oct. 22 in the Russian city of Sochi by the presidents of both countries on Turkey's operation in northeastern Syria.

Turkey and Russia reached a deal under which YPG/PKK terrorists would pull back 30 kilometers (18.6 miles) south of Turkey’s border with Syria and security forces from Turkey and Russia would conduct joint patrols there.

In its more than 30-year terror campaign against Turkey, the PKK -- listed as a terrorist organization by Turkey, the U.S. and the European Union -- has been responsible for the deaths of 40,000 people, including women, children, and infants. The YPG is the PKK’s Syrian offshoot.