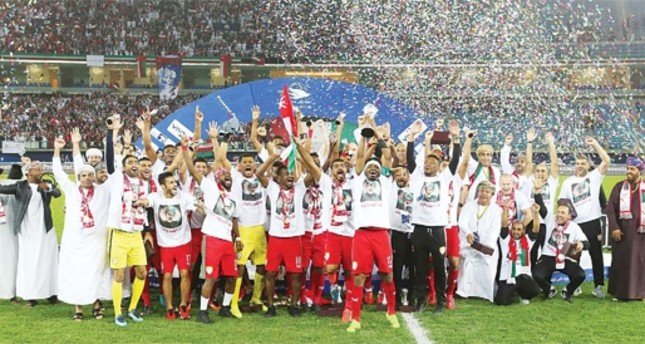 Saudi Arabia, the United Arab Emirates and Bahrain have said they will compete in a regional soccer tournament in Qatar this month despite a boycott imposed by the three allies against Doha in a sign the protracted dispute may be easing.

The three countries, along with Egypt, severed political, trade and transport ties with fellow Gulf Arab state Qatar in mid-2017 over accusations it supports terrorism.

Doha denies the charge and says the embargo aims to impinge on its sovereignty.

Kuwait has been mediating in the row that shattered the Western-allied Gulf Cooperation Council (GCC) that also includes Oman. The United States sees the dispute as a threat to efforts to contain Iran and has pushed for a united Gulf front.

In separate statements published overnight, the Saudi, UAE and Bahrain football associations announced they would join the biennial Gulf Nations Cup, which starts on Nov 24.

The three countries did not attend the draw for the previous tournament two years ago in the Qatari capital and only competed after that tournament was moved to Kuwait.

It was not immediately clear if Saudi, Emirati, and Bahraini fans would travel to Qatar for the event as the three boycotting states have banned their citizens from visiting Doha.

When Qatar won the continental Asian Cup held in the UAE earlier this year, there were practically no Qatari fans in attendance. Qataris require a special permit to enter the UAE under the embargo.

The Qatari team was subjected to abuse from a crowd hurling bottles and shoes at the players when they faced the UAE in the semi-final.

The UAE's sports chief later apologised and its football association was sanctioned by the Asian Football Confederation.