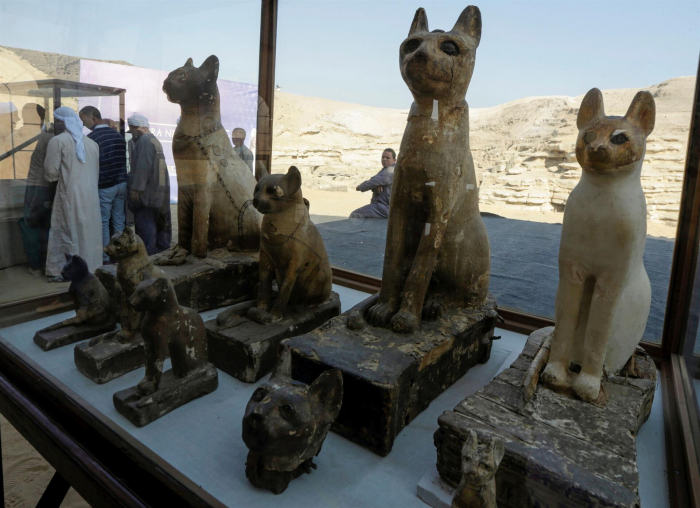 Egypt has unveiled an unprecedented discovery of dozens of mummified sacred animals, including cats, crocodiles and two lion cubs, found during the excavation of a tomb of a royal priest, CNN reports.

Khaled El-Enany, Egypt's minister of antiquities, said Saturday the find dated back to the seventh century BC and could fill "a museum by itself."

The discovery included 25 wooden boxes decorated with hieroglyphics filled with mummified cats and 75 boxes of wooden and bronze cat statues.

Mostafa Waziri, secretary general of Egypt's Supreme Council of Antiquities, said that the most distinguished finds were five mummified big cats. A CT-scan carried out on two of these mummies revealed they were lion cubs, according to a Facebook post from the Ministry of Antiquities. He said further study would be carried out for more details.

While mummified cats, which were kept as pets as well as revered in ancient Egypt, are not uncommon, lion mummies are much more unusual.