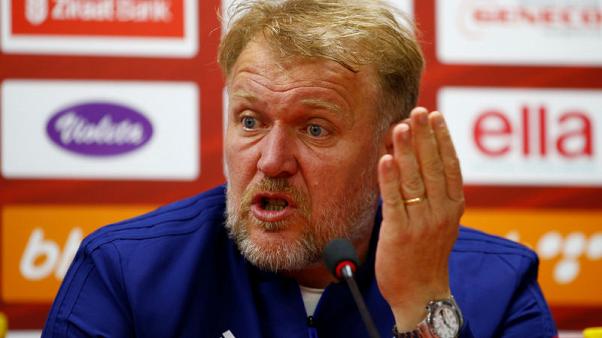 Bosnia-Herzegovina have sacked the national soccer team’s head coach Robert Prosinecki after they failed to reach next year’s European Championship finals through their qualifying group, the Balkan nation’s FA (NFSBIH) said on Wednesday.

“After a constructive session and a thorough analysis, we made the decision with the objective of progressing to Euro 2020 through the playoffs,” the governing body said on its website.

“We wish Prosinecki the best of luck in his future endeavours. He’s been very professional and showed plenty of hunger in our quest to qualify for the European Championship.”

The Bosnians are at home to Northern Ireland in their playoff tie on March 26 and should they win, they will host either Ireland or Slovakia for a berth in the 24-nation tournament to be staged in 12 European cities.

Bosnia finished fourth in qualifying Group J, behind Italy and Finland who gained automatic places and third-placed Greece, who will miss out on the Euros.

Under fire from fans, pundits and the media, Prosinecki briefly stepped down after a 4-2 defeat by Armenia in September, only to reverse his decision 48 hours later after he was asked by the NFSBIH to stay in charge.

However, the Bosnian FA lost their patience after a 2-1 setback in Greece followed by a 3-0 home defeat by Italy left them with no chance of automatic qualification.

Bosnian media have touted the country’s former head coach Safet Susic, who guided them to the 2014 World Cup in Brazil, as the prime candidate to replace Prosinecki.