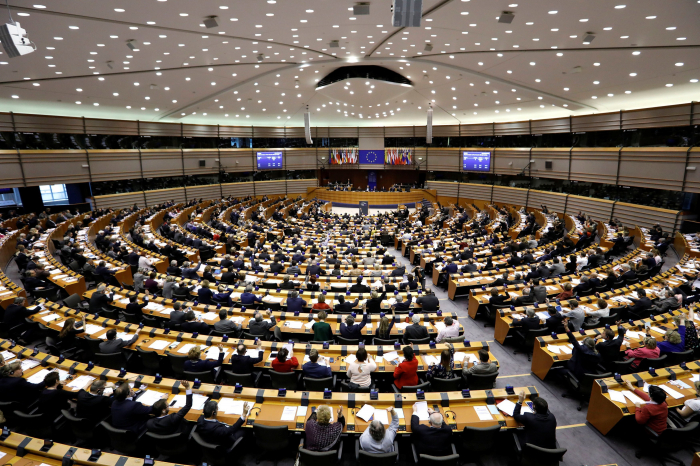 The European Parliament declared a climate emergency on Thursday, in a largely symbolic move that nonetheless increases pressure on member states to pass more decisive legislation to curb emissions.

In recent months, hundreds of similar declarations have been passed - most of them by regional or local administrations. Thursday's EU vote is significant because it was passed by a parliament that represents more than 500 million citizens, vastly expanding the number of people worldwide who live in jurisdictions that have declared such an emergency.

Thursday's move also puts pressure on the European Commission under its president-elect, Ursula von der Leyen, the first woman to hold the job.

As president of the EU's executive branch, she commands a vast machinery of EU bureaucrats who manage the bloc's day-to-day business. The European Parliament is directly elected by voters across all 28 EU member states.

The declaration could add further pressure to von der Leyen, who has pledged to increase efforts to fight climate change.

Referring to what she calls a European Green Deal, she elaborated this week that Europe would become the first continent to reduce emissions to net-zero by 2050, and that targets for cutting greenhouse gas emissions by 2030 must be made "more ambitious".

"If there is one area where the world needs our leadership, it is on protecting our climate," she said Wednesday. "This is an existential issue for Europe - and for the world."

The European Commission is scheduled to present a first draft of a European Green Deal after taking office in December and deliver it within 100 days.

In her published guidelines for the European Green Deal, von der Leyen proposed increasing the EU's target for reducing emissions by at least 50 percent until 2030, compared with 1990 levels. In 2018, EU greenhouse gas emissions were estimated at 23 percent below the 1990 level.

"She can propose targets but in the end, she very much depends on the member states," said Oliver Geden, a lead researcher at the German Institute for International and Security Affairs.

The EU Commission can only propose measures, but needs the votes of enough member states to enact them into law. "I'm not sure how many member states will go there," Geden said of von der Leyen's proposed 2030 targets.

Von der Leyen has pledged extra funding to help more carbon-intensive economies in the European Union make the transition to climate-neutral industries. The so-called Just Transition Fund is planned to amount to tens of billions of dollars, but is still subject to negotiations.

Additional funding for research and innovation will come from a "Sustainable Europe Investment Plan", which will support about US$1.1 trillion of investment over the next decade, according to the published guidelines.

By 2025, von der Leyen also plans to turn the EU's lending arm into "Europe's climate bank" by dedicating half of its total financing to climate investment. She proposed extending the EU's Emissions Trading System - which taxes polluting industries using a "cap and trade" system - to include the maritime sector, as well as aviation, traffic and construction sectors.

But some members of the European Parliament and activists are already skeptical about how serious von der Leyen is about her plans and - even if she is - whether her mandate gives her enough leeway to pass them.

"The Commission's structural and political constraints are likely to produce a set of watered-down, piecemeal solutions," David Adler and Pawel Wargan of the international activist coalition Green New Deal for Europe wrote in an op-ed for Politico. "Meanwhile, the clock on climate and environmental breakdown keeps ticking away."

Germany's Association of Chambers of Industry and Commerce, or DIHK, criticized the deal for not proposing concrete measures for economic growth. "Merely increasing the EU's already demanding greenhouse gas reduction targets will not help," DIHK wrote in a statement.

To meet the goal set by the Paris agreement to stay below a 1.5 degrees Celsius temperature rise, the required cuts in emissions are 7.6 percent per year on average, according to a 2019 report by the UN Environment Program.

Scientists estimate that current targets would lead to up to 3 degrees Celsius of global heating and cause catastrophic changes across the globe, including floods, cyclones, long-lasting heat waves, and record-breaking wildfires, among others.

EU member states are expected to submit plans to meet targets by the end of 2019.