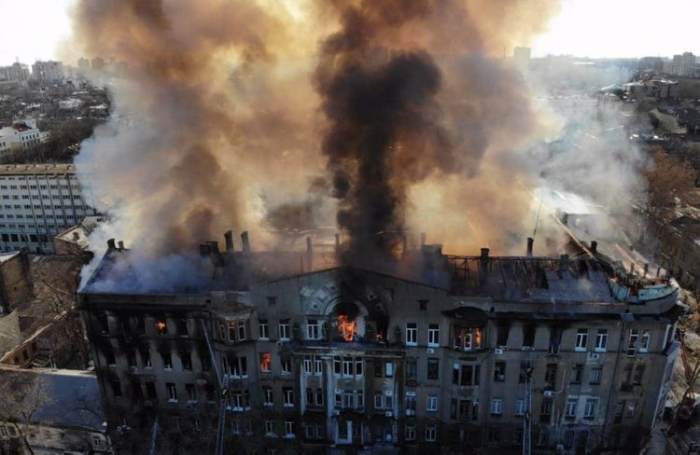 A college building located in central Odesa caught fire in the morning of Dec. 4.

A 43-year-old teacher was killed in the fire, and 29 people have been hospitalized at the time of publication. More than 40 people were evacuated from the building.

Of those hospitalized, at least six were underage students. Six firefighters have also been hospitalized.

Witnesses reported on social media that several people had to jump out of the windows to save their lives.

Fire brigades and paramedics arrived at the scene shortly after the building started to burn. The fire started on the third floor of the six-story building situated at the intersection of Pushkinska and Troyitska Streets in Odesa.