Which is the world's vainest city? 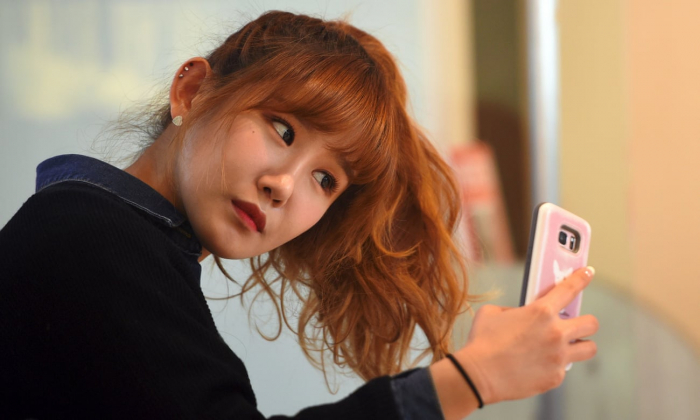 With his penchant for posting topless photos of himself to his 181 million Instagram followers, Cristiano Ronaldo is pretty notorious for his vanity. (“Yes bro! Your body is ripped,” wrote one fan on a photo of the footballer meditating in the bath). “You used to see Ronaldo standing in front of the mirror loving himself,” said the former Manchester United manager Alex Ferguson in an interview a couple of years ago. “But it was a nice vanity.”

It is easy to find individuals who are preoccupied with their looks, but hard to define exactly what makes a person vain. Factors such as economics, culture and age all influence how much we care about our appearance. Is there evidence that people in certain cities are more image-conscious than others?

Looking at data for cosmetic surgery around the world is one place to start. The International Society of Aesthetic Plastic Surgery (ISAPS) publishes data annually on the estimated number of plastic surgeons practising in each country, and the popularity of different procedures.

Bearing that in mind, the top five countries for the number of total listed procedures in 2017 were the US, Brazil, Mexico, Colombia and Italy (the data for 2018 is still being compiled). So that could be an indication that the major cities in those countries are places where looks really matter.

However, South Korea is thought to have the highest density of plastic surgeons in the world: 2,330 for a population of 51 million. Compare this to the US, which has roughly triple the surgeons in the ISAPS survey (6,800) but also has a population six times larger (327 million).

A BBC survey estimates that a staggering 60% of South Korean women in their 20s have had surgical and non-surgical procedures. The popularity of the trend is reflected in a music video released by K-pop girl band SixBomb showing off their before and after surgery appearances for the song Becoming Prettier.

Seoul’s swanky Gangnam District is the centre of this perfection-driven culture, with a reported 400-500 cosmetic surgery clinics in one square mile. The most common procedure is blepharoplasty, or “double eyelid” surgery, which creates an additional fold in the eyelids and makes eyes appear larger. Nose and jaw surgery is also popular.

It wouldn’t necessarily be fair to attribute this to vanity, however, says the Seoul-based YouTuber Alfred “Haeppy” Lueng, who documents Seoul culture in his vlog. “South Korea is a very competitive society and many opportunities depend on looks,” he says. “It is required here to send a photograph with your CV, for example, whereas in other places that would be illegal.”

Choi Min, a surgeon at Answer Plastic Surgery in Seoul who specialises in facial surgery, says: “If we lived in a world where looks weren’t important we would see very different movie stars and K-pop idols. For now, we live in this world and plastic surgery can even out the playing field.”

Seoul’s ambitious young people see no reason not to have plastic surgery, says Leung: “There’s no shame attached to it and people are only making small changes – natural-looking beauty is still valued.” He adds that it is a misconception that Koreans are influenced by western beauty standards and are “trying to look more white” through face surgery. Rather, economic pressure and historical Korean beauty ideals around eyes and jawline drive the appeal, research shows.

In Brazil, cosmetic surgery is similarly considered normal rather than a vanity project, and is common among all strata of society, says the anthropologist Alvaro Jarrin, author of The Biopolitics of Beauty. The government subsidises almost half a million plastic surgeries a year through public hospitals, according to Jarrin’s research, covering both reconstructive and purely aesthetic procedures.

It is an urban phenomenon, Jarrin says. While Rio de Janeiro might be considered a prime spot for beach body-related anxiety, a density of clinics can be found in São Paulo too, as well as smaller cities such as Recife, Porto Alegre and Santos that are gaining traction as places for tourists in search of cosmetic surgery to visit.

Jarrin says the availability of low-cost or free cosmetic procedures mean that people who can’t afford to go private can have done it poorly by junior doctors or have new techniques practised on them, leading to potentially serious mistakes. People take such risks because they are considered worth it – beauty can be a means to combat hardships.

“The conclusion I have come to is that beauty condenses all the race, class and gender inequalities in Brazil – and it is a very, very unequal country,” Jarrin says. “People see inequality reinforced by beauty and constantly talk about having the right appearance to get a job, or marry up.”

In the US, Los Angeles has long had a reputation as a city where looking beautiful and stylish carries the promise of really getting somewhere. However, Men’s Health magazine’s 2012 assessment of America’s vainest cities ranked another California city, San Francisco, much higher than LA, based on sales of products such as at-home teeth whitening kits and hair dye. Tampa, Florida, came top of that list, with LA a lowly 60th.

It seems that urban life is making us all a little vainer. Zion Market Research has predicted that the beauty salons and spas market will grow 5.8% by 2024, due in part to our “hectic and stressful metropolitan lifestyles” – suggesting life in cities requires a certain amount of beauty-related armour to survive.

Similarly, health clubs grew by 20 million members globally between 2017 and 2018, and the “wellness” industry is now a $4.2tn market. In the UK, a 2017 survey by a wellness brand found that Liverpool, Manchester and London were the top three “fittest cities” based on gym-going frequency. Meanwhile a US athletics brand found that the Bay Area in California, comprising San Francisco, San Jose and Oakland, was the most active metropolitan area in the US based on the number of available fitness options.

The lengths people will go to preserve or alter their looks and figures are not the only indicator of vanity. The instinct to take photos of ourselves and put them on social media has caused much debate about narcissism in 21st-century culture. In 2014, Time magazine ranked the “selfiest cities in the world” by analysing over 400,000 Instagram posts with both a “selfie” tag and their locations tagged.

Makati City and Pasig, part of the Manila metro area in the Philippines, topped the chart with 258 selfie-takers per 100,000 people. Manhattan was second with 202 tagged selfies while Tel Aviv, Manchester and Milan were also in the top 10. “While the metric of people who take selfies per capita is far from a perfect measure, it was far and away the most comprehensive means of comparing” the 459 world cities in the study, the author wrote. The metric could also indicate levels of tourism and the density of nightlife hotspots, however.

Ultimately, it seems clear that vanity and the pursuit of beauty is universal. After all, according to the late Ivo Pitanguy, Brazil’s most renowned surgeon, looking good is something everyone is entitled to. As he once remarked, “the poor have the right to be beautiful too”.