Resolution recognizing 1915 events as 'genocide' blocked in US Senate 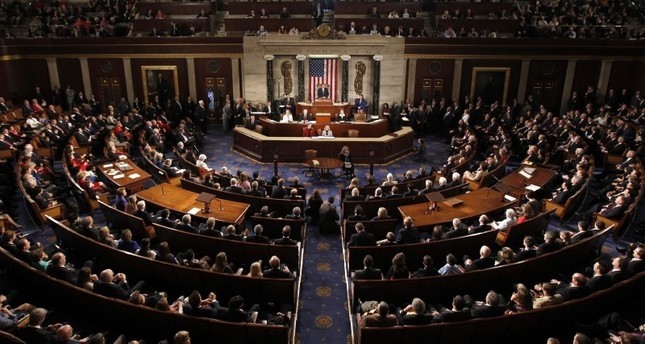 Republican Senator Kevin Cramer prevented the U.S. Senate from voting on a resolution on Thursday that would recognize the 1915 events as a "genocide", saying it was not an appropriate time to pass the legislation.

The Democratic-led House of Representatives passed the resolution by an overwhelming 405-11 in late October. But there has not been a vote in the Senate, where President Donald Trump's fellow Republicans hold a majority of seats.

Congressional aides said the White House does not want the legislation to move ahead while it negotiates with Ankara on sensitive issues such as Turkey's anti-terror operation in northern Syria and the NATO ally's purchase of an S-400 missile defense system from Russia, which could provoke U.S. sanctions.

The resolution asserts that it is U.S. policy to commemorate the 1915 events as "genocide".

Turkey objects to the presentation of the 1915 incidents as a "genocide," rather calling them a tragedy in which both Turks and Armenians suffered casualties in the heat of World War I.

Ankara has repeatedly proposed the creation of a joint commission of historians from Turkey and Armenia under the supervision of international experts to examine the issue.

Ankara views foreign involvement in the issue as a threat to its sovereignty. It immediately denounced the House vote.

Democratic Senator Bob Menendez and Republican Senator Ted Cruz tried to force a Senate vote on the resolution on Thursday. Cramer blocked it, saying the time was not right just after Trump held talks with Turkish President Tayyip Erdoğan at NATO summit in London.

"I don't think there's a single member of the Senate who doesn't have serious concerns about Turkey's behavior," Cramer said, adding, "At the right time, we may pass it."

Menendez disagreed, noting Erdoğan recently visited Washington and nothing had changed. He promised to come to the Senate chamber once a week to raise the issue.

"I am not going to cease until we do what is morally and principally right," Menendez said.

For decades, measures recognizing the 1915 events as "genocide" have stalled in the U.S. Congress, stymied by concerns about relations with Turkey.