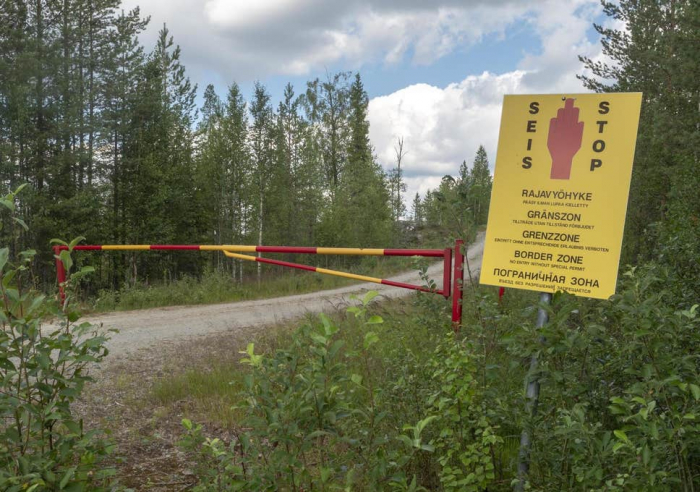 Russian authorities have apprehended a man after he erected a fake border near Finnish territory in an alleged attempt to swindle desperate people looking to pass into the European Union.

The man, who has not been named, promised to help a group through Russia and into Europe to find work and a better life.

However, authorities said he had no intention of fulfilling that promise – and instead built false border posts in the Russian countryside near the Scandinavian border

He then charged the group of four south-Asian men more than €10,000 (£8,438) after promising he could help them find safe passage past the guard point and into Finland.

After taking them as far as the Vyborg region he led them along country roads and woodlands by car and foot – all the while carrying an inflatable boat “just in case” it was required.

The St Petersburg and Leningrad division of Russian border security said all five were detained as they past through woodland in the border region.

The man that masterminded the scheme, who was from central Asia according to Russia’s Interfax news agency, now risks being charged with fraud.

Breaching the border as a group carries a maximum sentence of six years.

Meanwhile the four men who attempted to enter the European Union through Finland have been fined, and are due to be deported.

Their nationality was not identified by Russian media, and it is unclear if they will be returned to their country of origin.