Activist Thunberg warns governments in Madrid that 'change is coming' 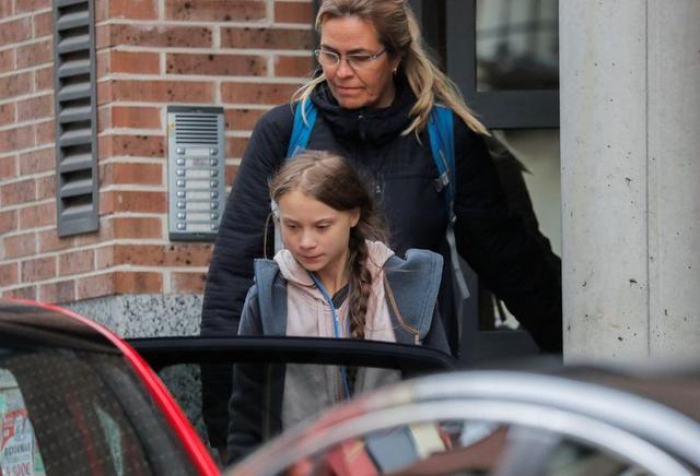 Accorded rock-star status by young environmental activists, the 16-year-old had crossed the Atlantic by boat to drop in on the climate talks in Madrid then join one of the Friday afternoon marches she has inspired around the world.

“The current world leaders are betraying us and we will not let that happen anymore,” Thunberg said in a brief speech to the protesters, some of whom had chanted “We Love You Greta.”

“Change is coming whether you like it or not because we have no other choice,” she said.

About 15,000 marchers took part, according to a municipal official in Madrid. Young activists formed a human shield to protect Thunberg, but the crush of onlookers was so intense that she had to be whisked to the stage at the end of the rally in a red electric car.

The media scrum that followed Thunberg underscored how an upsurge in climate activism has pushed the crisis up the agenda since the school pupil began solitary strikes outside the parliament in her native Sweden last summer.

“We are in one of the most critical moments in history and it seems for the first time we are speaking with one voice,” said actor Javier Bardem, who also addressed the marchers.

Growing concern over increasingly intense wildfires, cyclones and floods has swelled the ranks of protesters in cities around the world into the millions this year.


Thunberg had earlier told an event at a cultural centre that she and her fellow activists would ensure that world leaders “cannot just hide away anymore.”

“We are really gaining momentum, we are getting bigger and bigger and our voices are being heard more and more, but of course that does not translate into political action,” she said.

Unwilling to fly because of the pollution it causes, Thunberg had sailed the Atlantic to attend a U.N. summit in September, before returning to Europe by catamaran.

The annual summit opened on Monday with a call from U.N. chief Antonio Guterres not to be the “generation ... that fiddled while the planet burned”.

By this meeting’s close on Dec. 13, negotiators hope to resolve remaining disagreements on how to implement an accord struck in Paris in 2015 to avert catastrophic global warming.