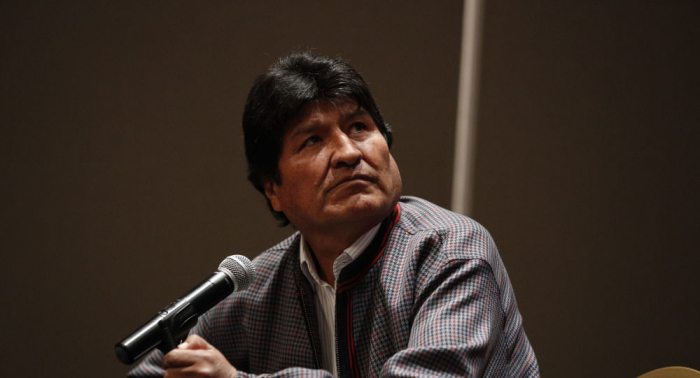 Evo Morales was forced to step down as Bolivian president on 10 November under pressure from the military, fleeing to Mexico. Other high-ranking Bolivian officials resigned as well.

The Mexican Foreign Ministry on Friday said that Morales had left the country, informing authorities that this would be a "temporary trip".

A former Bolivian health minister told reporters that Morales' departure was linked to a health issue. He will reportedly be treated by doctors in Cuba that earlier cured him in Bolivia.

Morales was granted asylum in Mexico amid violent protests against the results of a presidential election in which he secured a hotly-disputed fourth term in office. Opposition lawmaker Jeanine Anez took over as interim president, while Morales characterized the situation as a coup. Supporters of the ex-president subsequently engaged in rallies against the Anez government, which has led to additional violence  with security officers.

In 2017, Morales underwent throat surgery in Cuba, prompting him to cancel public appearances at the time. In 2018, Morales said he had a tumor removed during another emergency surgery after being taken to the hospital for a routine check.