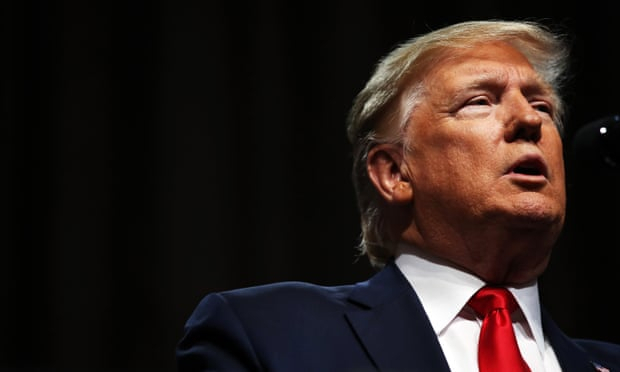 Donald Trump has called for the World Bank to stop lending money to China, a day after the institution adopted a lending plan to Beijing despite Washington’s objections.

The World Bank on Thursday adopted a plan to aid China with $1bn to $1.5bn in low-interest loans annually until 2025. The plan called for lending to “gradually decline” from the previous five-year average of $1.8bn.

Trump tweeted on Friday night: “Why is the World Bank loaning money to China? Can this be possible? China has plenty of money, and if they don’t, they create it. STOP!”

The White House and the World Bank did not immediately respond to requests for comment about Trump’s remark.

But the fall in the World Bank’s loans to China is not swift enough for the Trump administration, which has argued that Beijing is too wealthy for international aid.

The past week has seen mounting concern that the US and China will not conclude an interim trade agreement before a new set of American tariffs hit Chinese goods on 15 December.

Trump told a Nato summit that he was in no hurry to sign an agreement before US elections in November. “In some ways it’s better to wait until after the election for the China deal. But they want to make a deal now,” he said, sparking heavy selling on global markets.

The relationship between the superpowers has been further strained by US legislation that aims to tackle Beijing’s repression of ethnic minorities in Xinjiang and human rights abuses in Hong Kong.

On Friday, China’s head of public security called for stronger cooperation with Hong Kong’s police, as pro-democracy protesters vowed to hold another massive rally over the weekend.

At Friday’s meeting, Tang thanked China’s public security bureau for its “vigorous support and help” and told Zhao that the city’s police force would “throw all of its energy” into stopping violence and unrest in Hong Kong.

The force’s reputation has suffered during the protests, with many accusing officers of brutality.

A new poll released on Friday by the Hong Kong Public Opinion Programme, which has tracked public sentiment for years, showed new record disapproval for the force with 40% of respondents now giving it the lowest mark of zero.

Hong Kong has been battered by six months of often violent protests pushing for greater democratic freedoms and police accountability in the most stark challenge the city has presented to Beijing since its 1997 handover.