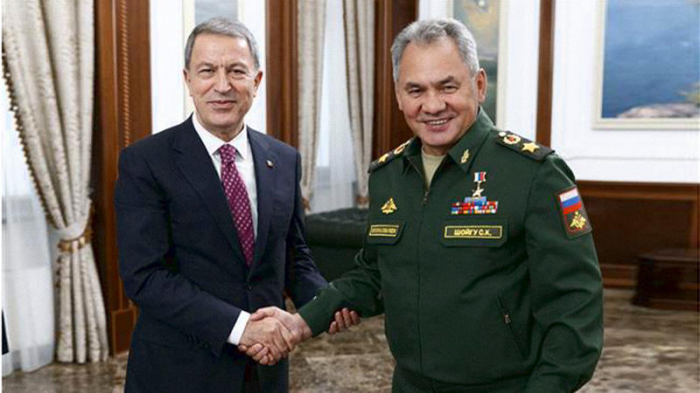 The situation in northern Syria was in focus of a telephone conversation between Turkish and Russian defense ministers, Hulusi Akar and Sergey Shoigu, the Turkish ministry of national defense reported on Monday, TASS reports.

"During their telephone talks, Akar and Shoigu discussed the latest developments in the zone of the [Turkish] Peace Spring operation as part of the Sochi memorandum, the situation in Idlib and other issues of defense and security," the ministry said.

The Russian defense ministry confirmed that the two ministers had had telephone talks, adding that the situation in the entire Middle East region had been among the topics of discussion.