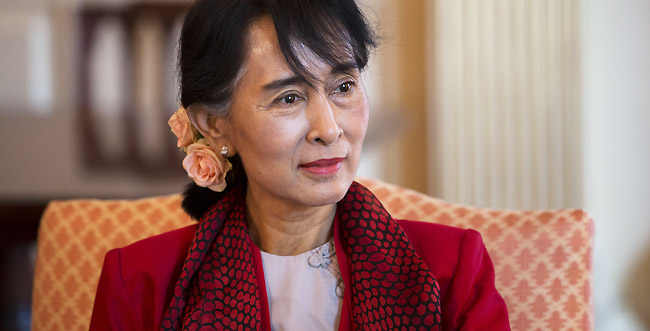 Aung San Suu Kyi is due to appear at the UN's International Court of Justice in The Hague to defend Myanmar against accusations of genocide, BBC reported.

Thousands of Rohingya were killed and more than 700,000 fled to neighbouring Bangladesh during an army crackdown in the Buddhist-majority country in 2017.

Myanmar has always insisted it was tackling an extremist threat.

The case has been brought by the small African nation of The Gambia.

In the initial three-day hearing at the ICJ, it will ask the court to approve temporary measures to protect the Rohingya.

What are the accusations?

At the start of 2017, there were one million Rohingya in Myanmar (formerly Burma), most living in Rakhine state.

But Myanmar, a mainly Buddhist country, considers them illegal immigrants and denies them citizenship.

The Rohingya have long complained of persecution, and in 2017 the military - the Tatmadaw - launch a massive military operation in Rakhine.

According to the ICJ documents, the military stands accused of "widespread and systematic clearance operations" against the Rohingya, beginning in October 2016 and expanding in August 2017.

It will hear allegations that the clearances were "intended to destroy the Rohingya as a group, in whole or in part", via mass murder, rape, and setting fire to their buildings "often with inhabitants locked inside".

UN fact-finding missions have seemingly verified many of the allegations.

In August, a report accused Myanmar soldiers of "routinely and systematically employing rape, gang rape, and other violent and forced sexual acts against women, girls, boys, men and transgender people".

In May, seven Myanmar soldiers jailed for killing 10 Rohingya men and boys were released early from prison.

Myanmar says its military operations targeted Rohingya militants and the military has previously cleared itself of wrong doing.