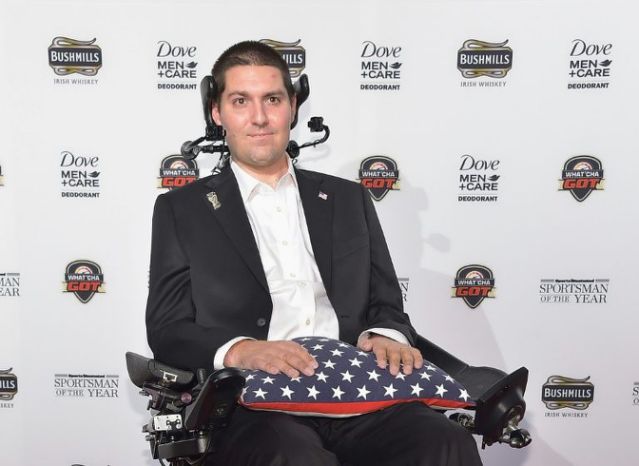 Peter Frates, the man who inspired the viral Ice Bucket Challenge to raise money to find a cure for amyotrophic lateral sclerosis (ALS) has died.

Frates, an all-star athlete in high school who later captained his Boston College baseball team, was 34 at the time of his death, five years after the viral challenge inspired people across the world to raise awareness around the deadly disease.

"Peter Frates. A husband to Julie, a father to Lucy, a son to John and Nancy, a brother to Andrew and Jennifer, Pete passed away surrounded by his loving family, peacefully at age 34, after a heroic battle with ALS," said a statement from the family on Monday. "Pete was an inspiration to so many people around the world who drew strength from his courage and resiliency."

Frates was diagnosed in 2012 with ALS, a disease also known as Lou Gehrig's disease. There is no known cure for the disease, which weakens the body's muscles and impairs physical functioning.

His disease inspired him to help spark the Ice Bucket Challenge in 2014, alongside Pat Quinn. The challenge, which involved individuals filming themselves pouring a bucket of ice water over their heads, led to approximately 17 million people around the world getting involved. In addition to raising awareness with the virality of the videos, the challenge raised more than $220 million for research to try and cure the disease.

"Pete never complained about his illness. Instead, he saw it as an opportunity to give hope to other patients and their families," the family said in a statement. "In his lifetime, he was determined to change the trajectory of a disease that had no treatment or cure."

The family has encouraged donations in his memory be made to petefrates.com/donate.