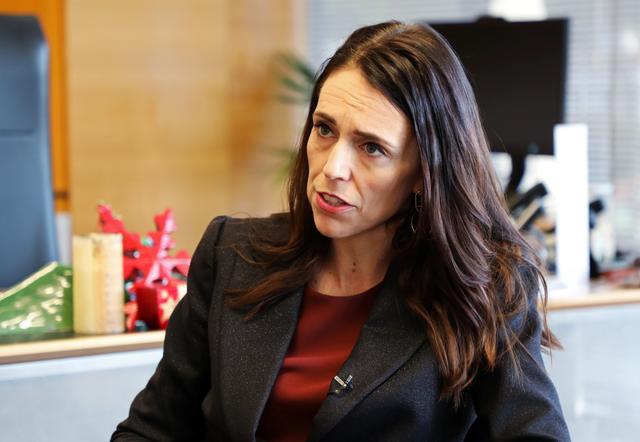 New Zealand Prime Minister Jacinda Ardern faces tough challenges as she heads into a general election campaign next year, with economic growth slowing, divisive referendums looming and a country reeling from disasters both natural and man-made.

Two years since she became the world’s youngest female leader, Ardern remains hugely popular overseas thanks to her compassionate but decisive response to a mass shooting, her appearances on high-profile U.S. chat shows, and her ability to combine motherhood and leadership.

But the reality back home is a little different, with Ardern and her Labour Party’s popularity slipping in opinion polls as voters worry her government has not yet made good on promises including tackling rising levels of homelessness and urban poverty.

Political pundits are predicting a close contest in the election, which needs to be held by next November, with scheduled referendums on legalizing cannabis and euthanasia expected to be divisive.

Treasury on Wednesday trimmed its 2020 economic growth forecast and flagged a budget deficit as international headwinds including Brexit and the U.S.-China trade war bite. The government announced a NZ$12 billion ($7.7 billion) infrastructure spend to try counter those factors.

Ardern said New Zealand was still “holding up well” relative to its peers, with unemployment the lowest in a decade and wages growth solid.

“The foundations of our economy are strong so my message to international investors is we’re a good place to invest and my message to our domestic audience business is actually we’re in a good position, now is a good time for them to grow, employ,” she said shortly before the budget update.

Ardern noted the Labour Party is polling higher than it was before the 2017 election. However, Labour was reliant at that election on two minority parties to form government, a common quirk of the country’s political system.

Two closely watched opinion polls released in October showed support for her ruling coalition at its lowest since 2017. Her own popularity also waned, but she remains far ahead of her rivals.

Nine months on from the Christchurch massacre, in which 51 Muslim worshippers who were killed at two mosques in the southern city, Ardern said she still felt a sense of responsibility. The world had more work to do on curtailing online platforms that allow the promotion of hateful ideology, she said.

“We see an ongoing role for us to play to try our very, very best to curb the ability for that tool to be used by anybody else,” Ardern said, noting that response protocols developed in the aftermath of Christchurch had already been used in Europe.

Ardern’s response to the massacre, when she wore a headscarf to meet with the families of the victims and then rapidly pushed a ban on semi-automatic weapons through parliament, was widely praised. There has since been some criticism on the inquiry process as well as the slow progress made on a review of hate speech laws.

This week’s eruption of the White Island volcano, which killed at least six people, presents a further challenge.

Questions are already being asked about why tourists were allowed to visit an active volcanic island in the first place.

Ardern has pledged to hold an investigation, saying important questions demanded to be answered, but declined to comment on the potential longer-term impacts on New Zealand’s thrill-seeker tourism economy.

“Ultimately, our focus at the moment is on the victims and families,” she told Reuters just two days after the tragedy, as the New Zealand flag over parliament flew at half-mast.

Ardern’s office in Wellington’s distinctive “Beehive” parliament building overlooking the harbor is a testament to both her feminist credentials and her 18-month-old daughter, Neve Te Aroha.

A mug on her desk proclaims “feminist killjoy”, while a replica of a World War Two era U.S. naval recruitment poster declares: “Gee!! I wish I were a man. I’d join the navy.”

Ardern’s pregnancy, maternity leave and the birth of her daughter while in office were viewed by many as symbolizing progress for women in leadership roles.

She became only the second elected leader to give birth while in office, after Pakistan’s Benazir Bhutto, and made headlines when she took baby Neve to the U.N. General Assembly in New York.

Soft toys and books for her daughter are scattered around sofas in her office. The children’s book titles include “She Persisted” by former U.S. first daughter Chelsea Clinton and “Dear Donald Trump”, a story about a young boy seeking advice on building a wall in his bedroom.

Ardern’s international profile has been boosted by her recent appearance on Stephen Colbert’s The Late Show, in which she personally picked up the U.S. comedian at the airport and hosted a backyard barbecue for him and popular New Zealand musician Lorde.

“I take that with a grain of salt,” she said, when asked about her popularity overseas. “I accept that part of my role is to represent New Zealand in international forums, to promote New Zealand’s trade interests, to promote our values offshore. But my focus is here, always has been.”