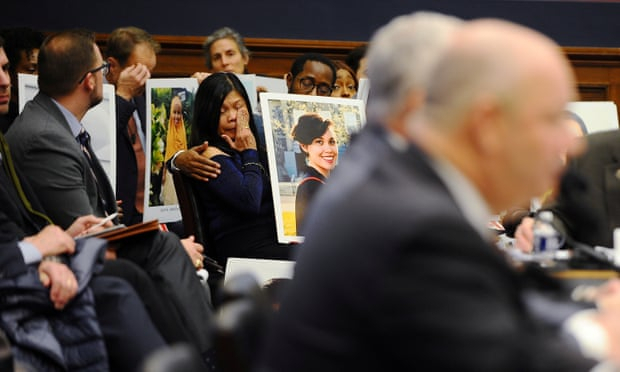 US regulators allowed Boeing’s 737 Max to keep flying even after their own analysis found the plane could have averaged one fatal crash about every two or three years without intervention.

According to a report dated a month after a Lion Air 737 Max crashed in October 2018, killing 189 people, the Federal Aviation Authority (FAA) concluded the plane could become involved in more fatal crashes without design changes.

A second 737 Max operated by Ethiopian Airlines crashed in March 2019 with the loss of 157 lives. Aviation authorities around the world grounded the Max shortly after the second crash.

The FAA analysis, dated 3 December 2018, was released on Wednesday during a House committee hearing into US’s top aviation oversight of the aircraft’s certification. The review predicted 15 fatal crashes were possible if no changes were made to flight-control software, which has been implicated in both crashes, over the course of the plane’s lifetime.

An FAA spokesperson told the Wall Street Journal, which first reported the news: “It was clear from the beginning that an unsafe condition existed.”

The spokesperson said that the analysis “provided additional context in helping determine the mitigation action”.

According to the Wall Street Journal, FAA officials had major concerns about the Max’s MCAS stall prevention software, which investigators have blamed for the Lion Air crash. But they decided to certify the plane anyway in anticipation of Boeing fixing the software and, in the meantime, telling aircrew worldwide how to respond to MCAS issues.

That fateful decision came just months before the crew of the Ethiopian Airlines flight struggled to regain control of their plane as the MCAS system repeatedly pushed the nose of the plane down until its final, fatal dive.

The 737 Max is the fastest-selling airplane in Boeing history, accumulating nearly 4,700 orders from more than 100 customers worldwide. Boeing had hoped to get the plane back in the air this year after a major overhaul, but the FAA has said the recertification process will stretch into 2020.

The committee heard from Edward Pierson, a former senior manager at Boeing’s 737 Factory in Renton, Washington. In his testimony, Pierson said he “had grown gravely concerned that Boeing was prioritizing production speed over quality and safety”.

Pierson said he repeatedly warned company executives about production issues at the factory – a factory he said was “in chaos” as Boeing struggled to keep up with orders.

Pierson reported his concerns to senior management, including Boeing chief executive Dennis Muilenberg, and regulators – but says he was ignored. “I remain gravely concerned that the dysfunctional production conditions may have contributed to the tragic 737 Max crashes and that the flying public will remain at risk unless this unstable production environment is rigorously investigated and closely monitored by regulators on an ongoing basis,” he said.

Peter DeFazio, the chairman of the House committee, told the hearing: “The FAA rolled the dice on the safety of the traveling public and let the Max continue to fly until Boeing could overhaul its MCAS software.”

The FAA administrator, Steve Dickson, who started a five-year term at the helm of the agency in August, said at the House hearing: “My highest priority is to make sure something like this never happens again.”

Aircraft groundings, he said, “illustrate what we have done historically we cannot be satisfied with. We’ve got to continue to put process improvements in place.”

Asked if the FAA had made a mistake in not taking more action after its own analysis had highlighted the issues with the Max, Dickson said: “Obviously the result is not satisfactory.”