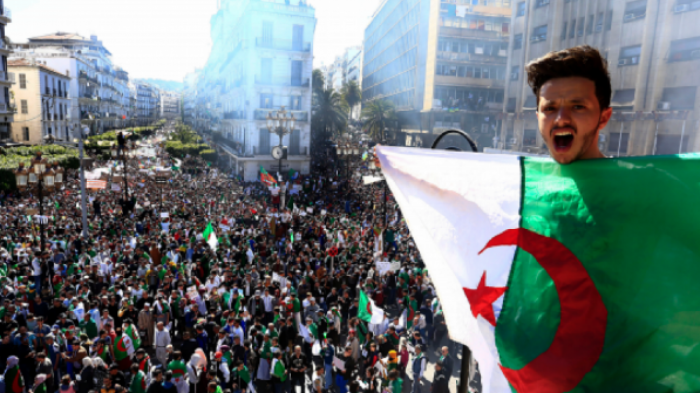 Polls opened in Algeria on Thursday for a delayed presidential election that is opposed by a mass protest movement which wants the vote put off until the entire ruling elite steps down and the military quits politics.

The army, the strongest political player, sees the vote as the only way to restore order in Africa’s largest country, a major natural gas supplier to Europe and home to 40 million people.

Early in the morning, it was quiet at one central Algiers polling station, though police were patrolling the city’s streets on foot and in vehicles.

“The country has entered a critical phase,” said Aziz Djibali, 56, who went to vote at a polling station near the prime minister’s office.

“It’s time for Algerians to voice their opinions peacefully.”

However, demonstrators at the huge protests that have roiled Algiers and other major cities for almost 10 months have sworn they will boycott Thursday’s vote, which they see as a charade designed to keep the existing ruling elite in place.

The five men on the ballot are all former senior officials, including two former prime ministers and two former government ministers, who, protesters believe, are unlikely to challenge the army’s political primacy.

However, powerful army chief Lieutenant General Ahmed Gaed Salah has insisted the vote now go ahead as the only way to restore legitimacy to the government and end the standoff between protesters and the state.