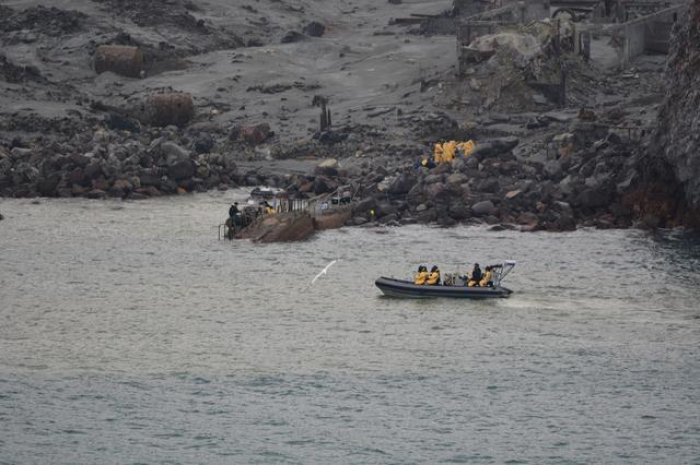 A New Zealand military team recovered six bodies on Friday from the volcanic island that fatally erupted earlier this week, in a high risk operation watched by dozens of grieving family members waiting on the mainland, Reuters reports.

An bomb disposal squad worked as quickly as possible after using helicopters to land on White Island, which experts have said still has a 50-60% chance of another eruption in the coming hours.

Six of the eight bodies on the island were successfully retrieved and taken to a naval patrol vessel for transfer to the mainland for disaster victim identification, New Zealand police said.

The eight-person team was unable to recover the remaining two bodies as the cumbersome protective equipment they needed to wear slowed down the tricky operation.

“It has been an incredibly difficult operation but it has been such a priority,” New Zealand Prime Minister Jacinda Ardern told Australian Broadcasting Radio Corp on Friday morning. “We just want to bring loved ones home.”

New Zealand Police Commissioner Mike Bush said dive teams have been deployed in the waters around the island, which is also known by its Maori name of Whakaari, and another aerial search would be conducted later on Friday.

“It’s not over yet,” Bush told reporters in Whakatane, the mainland coastal town where about 100 family and local community members prayed and sang together as they watched helicopters fly to and from the island.