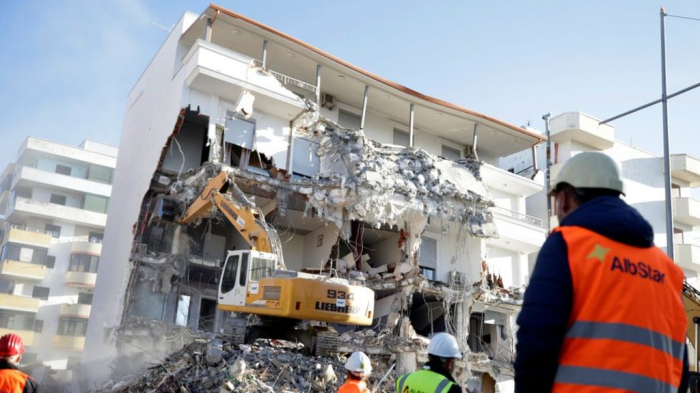 Albanian prosecutors have issued a series of arrest warrants on charges including murder and abuse of office over the deaths of 51 people killed when a 6.4-magnitude earthquake toppled dozens of buildings last month, police said on Saturday, AzVision.az reports citing Reuters.

Police and prosecutors said initial investigations showed “the loss of life in the collapsed buildings came also because their builders, engineers and owners had failed to observe the rules, norms and standards of safe constructions.”

A third was the manager of a police vacation hotel where a high-ranking police officer was killed under the rubble.

During the three decades since toppling communism in 1990, many Albanians have moved nearer cities, squatting on land and building with little supervision by authorities.

Many of the buildings have been legalized since then by governments eager to get votes but also seeking to urbanize such areas by putting in sewage systems and roads.

Both hotels on the 10-mile long beach on the Adriatic Sea south of Durres port were built illegally, police said, and the second had also been legalized illegally.

Police said that some of the 17 people being sought by prosecutors had fled after the Nov. 26 quake.

The high-rises built during the post-Communist boom along the beach are mostly apartments and hotels catering to both Albanians and foreigners, including ethnic Albanians from the Balkans and the Diaspora. Most suffered no damage.

Albania has yet to calculate the cost of rebuilding housing for the 14,000 people left homeless by the quake.