Trump ex-campaign aide Gates to be sentenced after helping prosecutors 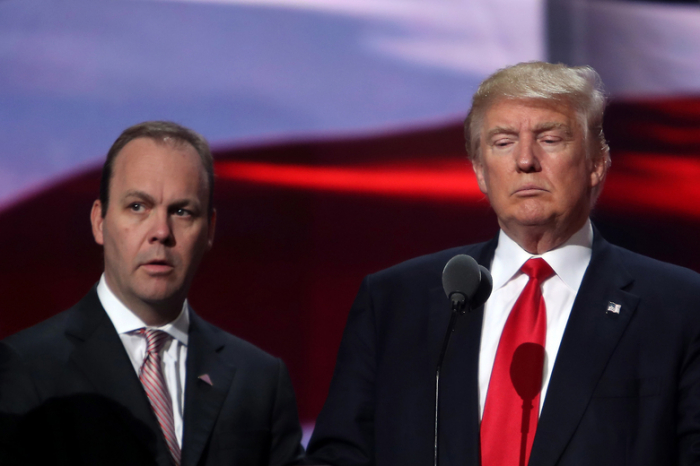 Prosecutors have asked U.S. District Judge Amy Berman Jackson for a lenient sentence that could include probation rather than prison time, citing his “extraordinary assistance” since Gates pleaded guilty to lying to the FBI and special counsel’s office and conspiracy against the United States.

Gates, who held senior posts on the president’s campaign team and inauguration committee, was one of several former Trump aides and advisers to be charged in Mueller’s investigation that documented Russian interference in the 2016 U.S. election. Gates, 47, initially pleaded not guilty, but reversed himself in February 2018 and agreed to cooperate with prosecutors.

Gates appeared as a star witness for the prosecution in three trials.

He testified against his former business partner and mentor Manafort, who was convicted in Virginia of financial fraud in August 2018 and is now serving a 7-1/2 year prison sentence. Manafort served as Trump’s campaign chairman. Gates testified against Stone, Trump’s longtime adviser who was convicted by a jury last month in Washington of lying to Congress, obstruction and witness tampering. His sentencing, also by Jackson, is set for February.

Gates also testified against Greg Craig, who served as White House counsel under Democratic former President Barack Obama and was acquitted in Washington in September of lying to authorities about work he performed for Ukraine..

In a sentencing memo last week, prosecutors told Jackson that the cooperation they received from Gates in addition to the testimony included more than 50 meetings with investigators and future plans to continue cooperating in several ongoing probes.

“Under exceedingly difficult circumstances and under intense public scrutiny, Gates has worked earnestly to provide the government with everything it has asked of him and has fulfilled all obligations under his plea agreement,” prosecutors wrote.

Gates and Manafort were among the first people in Trump’s inner circle to face charges by Mueller, who was appointed in May 2017. The charges to which Gates pleaded guilty related to tax fraud, concealing foreign bank accounts and violating the Foreign Agents Registration Act regarding work done for Ukraine’s former pro-Russia government.

Until his decision to cooperate, Gates faced more serious charges that also included helping Manafort file false tax returns, subscribing to false tax returns about his own income and lying about the existence of overseas accounts.

Gates’ attorney Thomas Green, in a sentencing memo to Jackson, said his client deeply regrets his previous decision to assist Manafort in criminal misconduct and has “devoted enormous energy and commitment” to making up for his errors by working with the prosecution. Green urged a sentence of probation.

In the Stone trial, Gates testified that he witnessed a phone call between Trump and Stone related to a plan by the WikiLeaks website to release damaging emails about Hillary Clinton, Trump’s Democratic rival in the 2016 election.