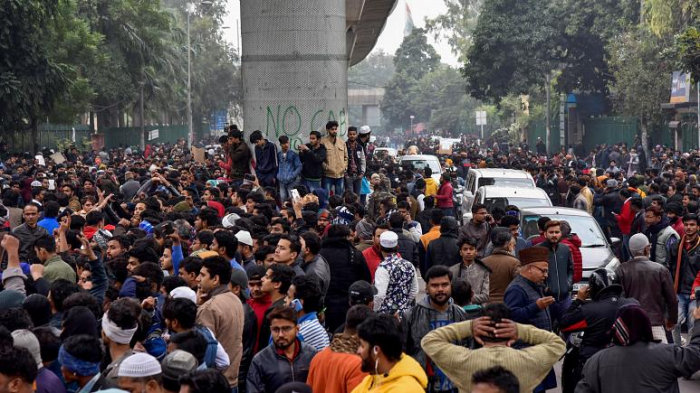 At least three people have reportedly died and more than 1,200 people have been arrested in the latest round of protests across India over a new citizenship law.

Police across the country erected roadblocks and disrupted internet and mobile networks following a ban on protesting against the proposal to grant citizenship to all illegal immigrants and refugees except Muslims.

A curfew was imposed in parts of Mangalore, a city in southern Karnataka state, after police fired warning shots and used tear gas and batons to disperse a large group of protesters.

At least two people were killed during clashes with police, the Press Trust of India news agency reported.

Read more: Why is India's new citizenship law sparking protests?
Protesters also clashed with police in parts of Lucknow, the state capital of northern Uttar Pradesh state, where police said one person died from a gunshot fired by someone among the protesters. The protesters torched a bus, hurled rocks at police and damaged some police posts and vehicles, police officer Vikas Dubey said.

The new citizenship law applies to Hindus, Christians and other religious minorities who are in India illegally but can demonstrate religious persecution in Muslim-majority Bangladesh, Pakistan and Afghanistan. It does not apply to Muslims.

Modi has defended it as a humanitarian gesture.

Rather than contain uprisings, the protest bans appear to be helping them spread - from Assam and a handful of university campuses and Muslim enclaves in the capital - to campuses and cities from coast to coast.