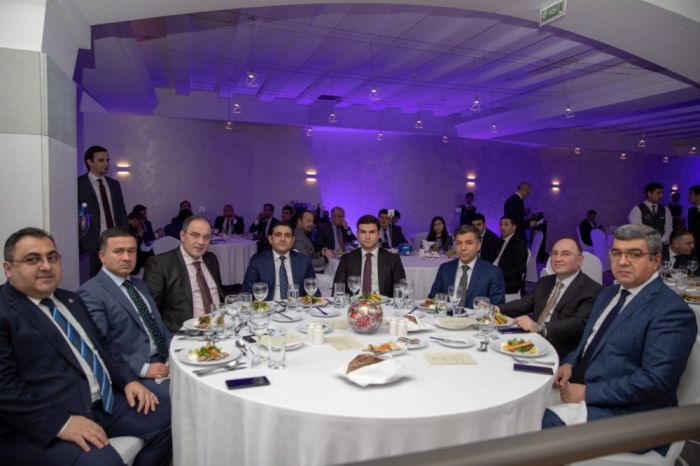 Addressing the event, First Deputy Chairman and Group CEO of the Caspian European Club Telman Aliyev said that awards are given to companies and top-managers who have been fully engaged in production and social areas of the Caspian, Black Sea and Baltic region states. Awards are covering many sectors of economy such as an oil-gas sector, transportation, logistics, agricultural industry, education, etc.

The nominees were determined as the result of the polling held among top and medium managers of companies in more than 50 countries of the world, Telman Aliyev added.

Participating in the event were heads of the government agencies and ministries, and member companies of the Caspian European Club.

Chairman of the Management Board of the Small and Medium Entrepreneurship Development Agency Orkhan Mammadov and Chairman of the State Customs Committee of the Azerbaijan Republic Safar Mehdiyev received awards for their contribution to development of the business-to-government dialogue.

Cahan Holding is the sponsor of the Caspian Business Award 2019 ceremony.

The event proceeded with an entertainment program and the dialogue held between the event participants and the honored artist of the Azerbaijan Republic, Director of the “Parni iz Baku” KVN Theatre Tahir Imanov and scenario writer Anvar Mansurov.

Besides, interesting contests were held, after which prizes from member companies of the Caspian European Club were given.

Bringing together over 5,000 companies and organizations from 50 countries, the Caspian European Club was established in June 2002 with the support of large oil-gas companies operating in the Caspian and Black Sea regions, and through the active engagement of the Caspian Energy International Media Group.

The Chairman of the Management Board of the Small and Medium Entrepreneurship Development Agency Orkhan Mammadov – For contribution to the B2G dialogue.

Chairman of the State Customs Committee of the Azerbaijan Republic Safar Mehdiyev – For contribution to the B2G dialogue.

Cahan Holding - Holding of the Year

“Yagmur-2” LLC – For rational use of water resources