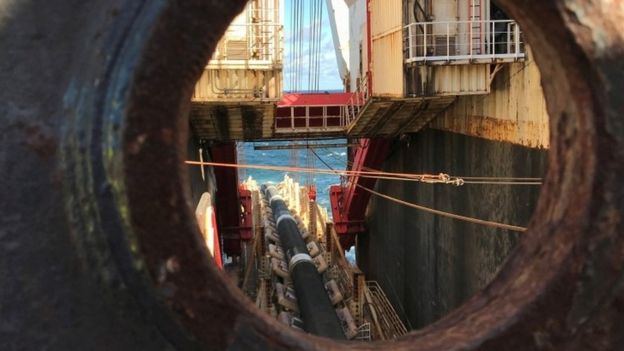 President Donald Trump has signed a law that will impose sanctions on any firm that helps Russia's state-owned gas company, Gazprom, finish a pipeline into the European Union, BBC reported.

The sanctions target firms building Nord Stream 2, an undersea pipeline that will allow Russia to increase gas exports to Germany.

The US considers the project a security risk to Europe.

Congress voted through the sanctions as part of a defence bill last week.

The bill, which described the pipeline as a "tool of coercion", was signed off by Mr Trump on Friday.

Why is the US against the pipeline?

The almost $11bn (£8.4bn) Nord Stream 2 project has infuriated the US, with both Republican and Democratic lawmakers opposing it.

The Trump administration fears the pipeline will tighten Russia's grip over Europe's energy supply and reduce its own share of the lucrative European market for American liquefied natural gas.

The US sanctions have angered Russia and the European Union, which says it should be able to decide its own energy policies.

Earlier this week German Chancellor Angela Merkel said she was "opposed to extraterritorial sanctions" against the Nord Stream 2 project.

Allseas, a Swiss-Dutch company involved in the project, said it had suspended its pipe-laying activities in anticipation of the sanctions.

The US sanctions also target TurkStream, a Russia-Turkey pipeline, and include asset freezes and revocation of US visas for the contractors.