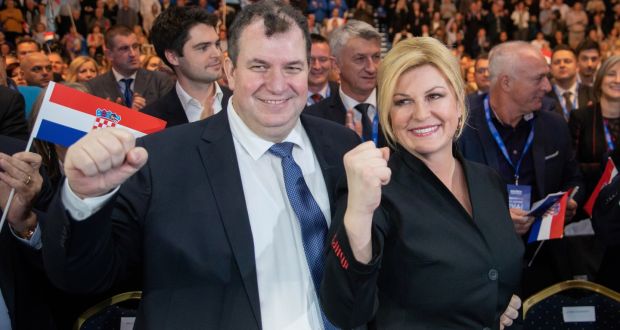 Croatians will go to the polls on Sunday in a tight presidential race which will be a major test of the country’s conservative government, days before it takes over the EU’s rotating presidency for the first time, AzVision.az reports citing AP.

The three front-runners are polling close to one another and analysts believe the victor will be decided in a runoff on 5 January since no single candidate is expected to win outright with a majority of votes.

Grabar-Kitarovic, Croatia's first female president, is known for flirting with the extreme right while also seeking to portray herself as an easy-going people's president who doesn't shy away from singing in public and her enthusiastic support for the Croatian football team at the World Cup in 2018.

Her main opponent is Milanovic, who is backed by the liberal opposition. Outspoken and populist in style, Milanovic has accused the ruling party of widespread corruption and of turning Croatia toward right-wing nationalism in the past several years.

Also in the race is nationalist pop-folk singer Skoro, a right-wing candidate who is trailing close to the two other front-runners.

He is believed to be chipping away the right-wing votes from Grabar Kitarovic. Skoro said he would pardon a convicted war criminal if he wins, fueling nationalism stemming from the 1991-95 war that erupted after Croatia split from the former Yugoslavia.

The remaining candidates include former judge Mislav Kolakusic and several others.