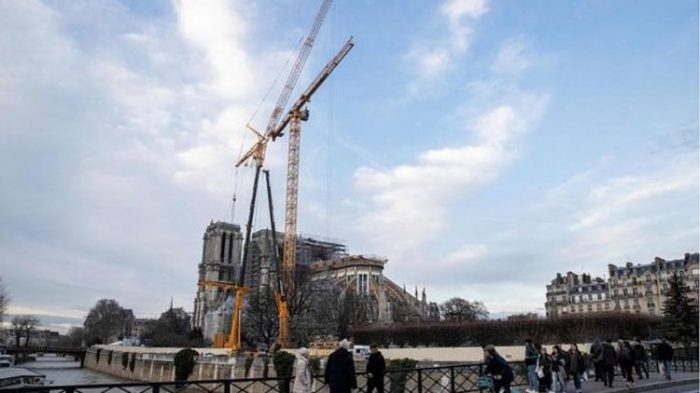 Notre-Dame Cathedral in Paris will not hold a Christmas Mass for the first time in more than 200 years, as repair work continues following April's fire, AzVision.az reports citing BBC.

Midnight Mass will still be celebrated on Christmas Eve, officials said, but it will take place at the nearby church of Saint-Germain l'Auxerrois.

The 850-year-old Gothic cathedral, a Unesco World Heritage site, lost its spire and roof during the blaze.

President Emmanuel Macron has set a five-year goal for its reconstruction.

In October, the French culture ministry said nearly €1bn (£850m; $1.1bn) had been raised or pledged for the work.