Croatia presidential race to go to runoff on January 5 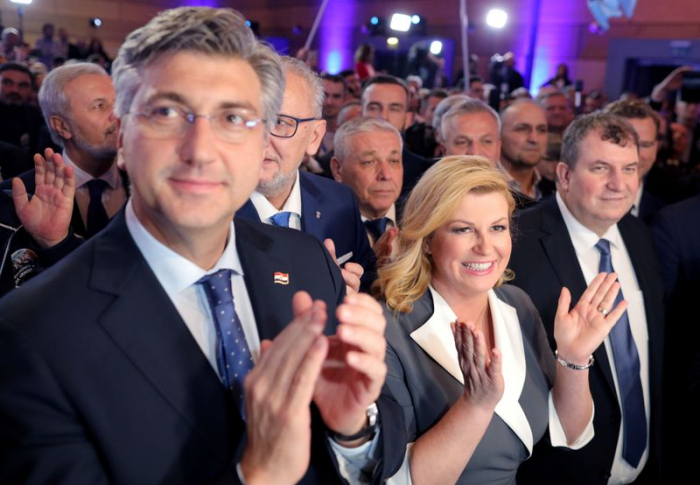 Croatia's president is elected by a majority vote. If none of the candidates obtains over 50 percent of the vote in the first round of voting, a second round will be held on Jan. 5 for the top two candidates.

Over 3.8 million voters are eligible to choose their president for the next five years among 11 candidates. A record number of 24,270 observers oversaw the work of electoral committees on Sunday.

Milanovic, 53, who served as Croatian prime minister from December 2011 until January 2016 as the leader of the largest center-left political party in the country, the Social Democratic Party (SDP), is running as the candidate of the SDP and several other center-left parties.

During the campaign in which he ran under the slogan "Normality," he criticized the incumbent president and promised to restore dignity, pride, modesty, and respect of the presidential office.

In his speech on Sunday night, Milanovic called on all voters to support him in the second round. "We are going in the second round, not in a war. Wars are over. Let's go in a civilized race and let the better one win. I believe it's me."

Grabar-Kitarovic, 51, who is running as the candidate of the ruling Croatian Democratic Union (HDZ), led most polls before the election. However, she almost lost the second place to the other right-wing candidate Skoro. The ruling party leadership hopes that Skoro's voters will support the president in the runoff since both of them are conservative candidates.

"Go to the polls in the second round and vote for the better Croatia," Grabar-Kitarovic told supporters on Sunday night. "Let's look to the future."

Both Milanovic and Grabar-Kitarovic are former diplomats who started their careers at the Foreign Ministry.

This is the seventh presidential election in Croatia since the southeastern European country gained independence from former Yugoslavia in 1991.