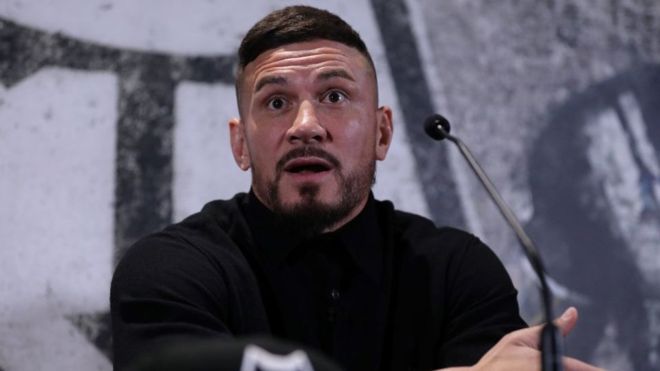 One of the world's best-known rugby players has become the latest sports star to criticise China for its treatment of the Muslim Uighur population.

Arsenal footballer Mesut Ozil recently spoke out on the issue.

China has been accused of a "mass internment" of one million Muslims in the Xinjiang region.

Williams, a Muslim convert from New Zealand, posted an image showing a hand painted with the Chinese flag twisting an arm painted with the flag of East Turkestan - the term used by separatists to refer to Xinjiang.

The East Turkestan arm is dripping with blood.

Williams, who recently signed for rugby league side Toronto Wolfpack, has achieved huge success in both codes of the game - league and union.

He also had a short but successful career in professional boxing.

His statement echoes comments made by Arsenal footballer Ozil who criticised both China - and people who stayed silent.

"Korans are being burnt... Mosques are being shut down... Muslims schools are being banned... Brothers are forcefully being sent to camps," the Muslim player tweeted in Turkish, to a background of the East Turkestan flag.

"The Muslims are silent. Their voice is not heard."

Ozil was also removed from a Chinese version of the Pro Evolution Soccer video game.

A foreign ministry spokesman said he was "deceived by fake news", and invited him to visit the region to "have a look" for himself.

The US House of Representatives has also passed a bill to counter what it calls the "arbitrary detention, torture, and harassment" of Uighurs.

The bill still needs approval from the Senate and US President Donald Trump.