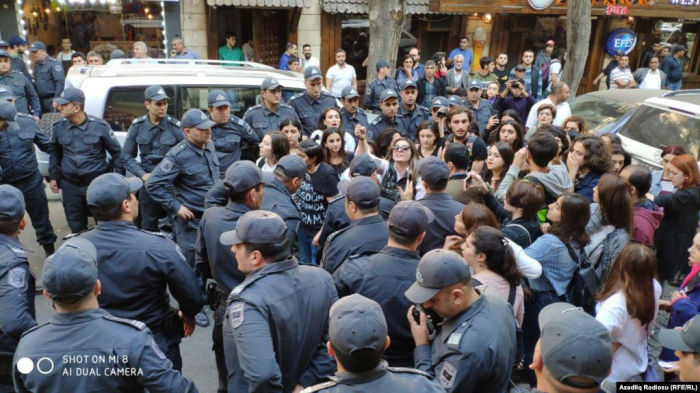 The Delhi police detained 139 people from outside Uttar Pradesh Bhawan and Assam Bhawan here on Monday when they were about to begin a protest against the action taken by the U.P. police during demonstrations against the amended Citizenship Act in the State.

At U.P. Bhavan, the protesters were demanding the resignation of U.P. Chief Minister Yogi Adityanath over the killing of an eight-year-old boy who died during a crack down on protesters in Varanasi. Former JNU Students’ Union (JNUSU) president N. Sai Balaji and All India Students’ Association’s Delhi unit president Kawalpreet Kaur were detained the moment they reached.

At Assam Bhawan, the JNUSU called for a protest against the arrest of RTI Activist Akhil Gogoi in Assam under the Unlawful Activities (Prevention) Act (UAPA).

Amid heavy police presence and a water cannon on stand by, students were detained as soon as they reached the site of protest. However, a group of 15-20 students marched in with placards from a bylane and raised slogans like “Free Akhil Gogoi” and “Delhi police sharam karo”, before being forcefully shoved into police vehicles.

“Many of the women protesters were also dropped off at their respective institutions by women constables,” the officer added.

Rushnae Kabir (22), a JNU student, condemned the “systematic police crackdown” on students and on minority communities