Why big data has been good for music- iWONDER 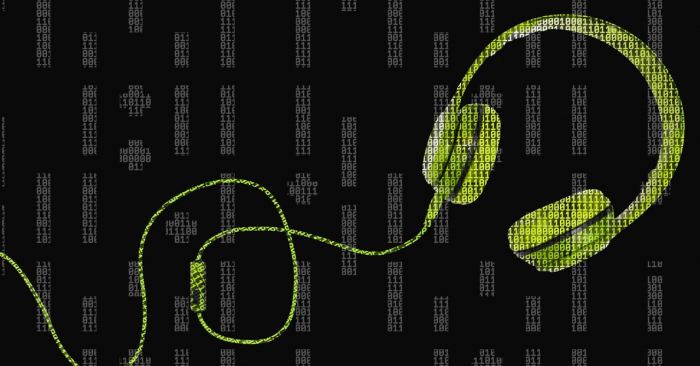 In the late 1970s, Robert Hazard had a problem. He’d been tooling around Philadelphia’s music scene for more than a decade, trying out any sound that might put him on the map, to no avail. Then, in 1981, he finally recorded a demo of catchy new wave songs, which his manager passed along to an influential radio DJ. The songs went into heavy rotation and Hazard’s shows started selling out, attracting the attention of Kurt Loder—who gave him an appearance in Rolling Stone.

RCA signed Hazard to multi-album deal and redistributed his self-financed, self-produced 1982 EP. Glowing reviews propelled the single “Escalator of Life” onto Billboard’s Hot 100 chart, locked in MTV airplay, and led to sales of more than 300,000 copies. Two years later, Hazard’s first LP failed to meet sales projections and his label dropped him. He died in 2008, largely an unknown. Two months after he died, Spotify's app launched; if it had been around when Hazard peaked, his career might've looked much different.

In the late 1980s, signings and firings became the norm as business-minded labels sought to reduce risk and maximize profit. In the '90s, the industry embraced CDs, which cost less to manufacture and sold at higher price points than vinyl, but failed to see the coming impact of peer-to-peer file sharing networks and new systems for digital music storage and playback. Downloading digital music brought in only a fraction of the money made on physical media. From 1999 to 2009, sales of recorded music tumbled, from $14.6 billion to a mere $6.3 billion.

Over the past decade, the industry has experienced a surprising rebound thanks to the breakneck growth of music streaming services. The Recording Industry Association of America reports 80 percent of industry revenue now comes from streaming, and the number of paid subscriptions has surpassed 60 million. Following four consecutive years of double-digit growth, total year-end revenues are expected to break the $10 billion mark this year, inching ever closer to the sales numbers the industry hit during the glory days of CDs.

With all that money back on the table, record labels are scouting new talent again. But this time around, they’re hedging their bets with real-time metrics. Every day, millions of bits of data are tracked across Spotify, Pandora, and Apple Music, in addition to sources such as YouTube and RadioWave. Aggregators like Chartmetric and Soundcharts provide stakeholders with a comprehensive overview of an artist’s radio airplay, streaming playlist adds and positions, social media engagement, and geolocated listener demographics.

Analysts claim it’s not only possible to see who’s blowing up now, but more importantly, who’s going to be blowing up next. Chartmetric says it can shortlist which of the 1.7 million artists it tracks will have a big career break within the next week. Pandora-owned Next Big Sound reports its patented algorithm can predict which of the nearly 1 million artists it tracks are most likely to hit the Billboard 200 chart for the first time within the next year.

For the time being, much of this data is freely available, empowering artists to strategically build their listenership. When Brooklyn’s Cigarettes After Sex discovered via Spotify’s data that its music was being heavily streamed in faraway places like Seoul, South Korea, the band toured in those territories with promotion tailored to individual markets. This approach helped them to build a global fanbase of more than 4 million monthly Spotify listeners. The emerging art-pop band Sure Sure decided to include a telephone number in its artist bio—a novel way to stay in touch with fans in Chicago and New York, the top cities where the Los Angeles-based band’s 805,000 monthly listeners currently live.

This DIY promotion model may well be better than relying on a tastemaker like Kurt Loder walking into a club and discovering you, or a label telling you how to spin your talent into gold, and then dumping you if you don’t deliver on your first try. But with close to 40,000 tracks being uploaded to Spotify every day, it still isn’t easy for artists to break through.

Stories abound about self-made stars who post their music on streaming platforms, gain rabid overnight followings, ignite label bidding wars, and eventually land brand endorsements and even Grammy nominations. But many viral sensations, such as Lil Nas X, Billie Eilish, and Halsey, have engineered that "instant" success thanks to savvy marketing.

To attract the attention of labels and other potential investors, some young hopefuls are even creating "chart" songs specifically intended to be picked up by streaming algorithms. Others are shelling out money to companies who claim they can boost their chances of being placed on influencers’ playlists. But unless they can parlay these efforts into lucrative record deals and other income streams, it’s often for naught. The typical American musician only makes $100 annually from streaming royalties.

All of this creates a lot of questions about what's at stake and for whom. Big data can help streaming services make music recommendations and offer exclusive content in an effort to expand their market share. It can also help labels partner with buzzy artists that are likely to yield a significant ROI. And in cases where talent, luck, and industry interests align, it can help artists to make smart decisions about how to sustain their breakout success.

But if data mining supplants traditional A&R altogether, labels will become even less willing to take chances on artists whose music isn’t engineered to maximize profit. That would mean more homogeneity and less incentive for creativity and innovation. That might work for casual listeners, but for music lovers, it’s the opposite of value.

Read the original article on wired.com.