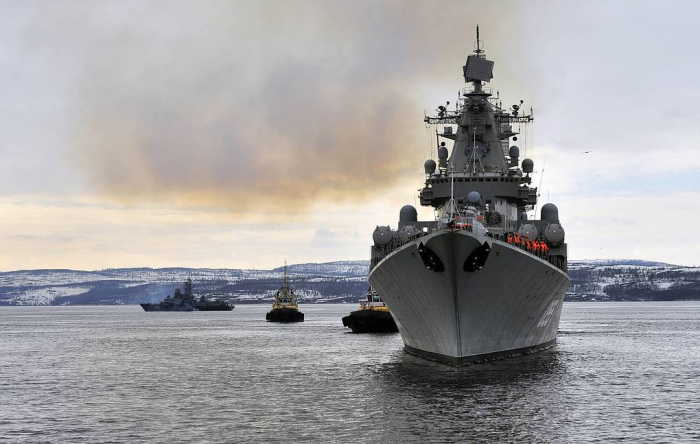 "The joint drills of Iran, China and Russia will begin in the Indian Ocean and the Gulf of Oman on Friday and last four days," the news agency IRNA quoted the spokesman as saying.

As the spokesman said, one of the tasks of the maneuvers is "to increase experience in international trade security in the region."

Fighting terrorism and piracy is also among the goals of the exercise, he added.

"Another goal is to exchange experience in rescue operations at sea," the spokesman said.

Iranian Navy Commander Rear Admiral Hossein Khanzadi announced on December 3 that Russia, Iran and China would hold joint naval maneuvers in the Indian Ocean on December 27. The maneuvers’ preliminary plan was worked out by representatives of the three countries in October. Iranian Foreign Minister Mohammad Javad Zarif noted that the drills should not be viewed as a display of hostility to any country.

It was reported earlier that the Russian Baltic Fleet guard ship Yaroslav Mudry accompanied by the tanker Yelnya and the sea tug Viktor Konetsky had set off for Iran after wrapping up the indra-2019 joint multiservice force drills with India.