Without access to costly opioids, Rwanda makes own morphine 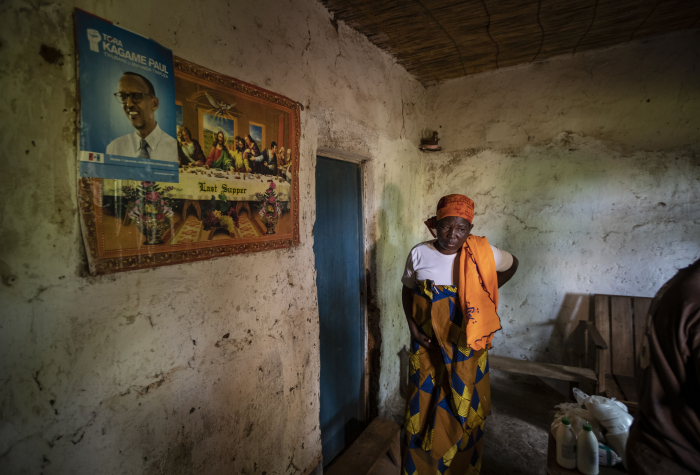 It was something, the silence. Nothing but the puff of her breath and the scuff of her slip-on shoes as Madeleine Mukantagara walked through the fields to her first patient of the day. Piercing cries once echoed down the hill to the road below. What she carried in her bag had calmed them.

For 15 years, her patient Vestine Uwizeyimana had been in unrelenting pain as disease wore away her spine. She could no longer walk and could barely turn over in bed. Her life narrowed to a small, dark room with a dirt-floor in rural Rwanda, prayer beads hanging on the wall by her side.

A year ago, relief came in the form of liquid morphine, locally produced as part of Rwanda’s groundbreaking effort to address one of the world’s great inequities: As thousands die from addiction in rich countries awash with prescription painkillers, millions of people writhe in agony in the poorest nations with no access to opioids at all.

Companies don’t make money selling cheap, generic morphine to the poor and dying, and most people in sub-Saharan Africa cannot afford the expensive formulations like oxycodone and fentanyl, prescribed so abundantly in richer nations that thousands became addicted to them.

Rwanda’s answer: plastic bottles of morphine, produced for pennies and delivered to homes across the country by community health workers like Mukantagara. It is proof, advocates say, that the opioid trade doesn’t have to be guided by how much money can be made.

“Without this medicine I think I would die,” said Uwizeyimana, 22.

When Mukantagara arrived, she smiled.

The small-scale production of liquid morphine that began in neighboring Uganda years ago is now being taken significantly further in Rwanda. It aims to be the first low- or middle-income country to make palliative care -- or the easing of pain from life-threatening illness -- available to all citizens, and for free.

As a palliative care worker, Mukantagara has long been a witness to death. She watched her sister die of cancer decades ago, in agony without relief.

The 56-year-old nurse settled on the edge of Uwizeyimana’s bed, and they began with prayer. Uwizeyimana was feeling better. “Now I think everything is possible,” she said. They held hands and prayed again, in whispers. Uwizeyimana closed her eyes.

As her visitors left Uwizeyimana blessed them, wishing for them what she might never have herself. May you get married, if you are not, she said. May you have children.

“It is hard to estimate how long someone will live,” Mukantagara said, walking away. Uwizeyimana is not the youngest among the 70 patients she sees. Many have cancer. Some have HIV. A few have both.

She attends patients’ funerals and thanks grieving families for their care. To relax, she sings in her church choir, and in her office by the hospital chapel she hums along with the hymns. A psychologist colleague offers her counseling.

The work is never easy, she said. But with morphine, at least, there is a chance for death with dignity.