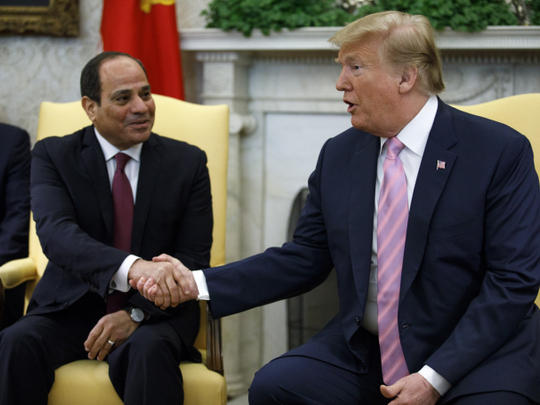 U.S. President Donald Trump and Egyptian President Abdel Fattah al-Sisi agreed in a phone call on Thursday that they reject “foreign exploitation” in Libya and urged parties to the conflict to take “urgent steps” to resolve the fighting, the White House said.

The phone call came hours after Turkish President Recep Tayyip Erdogan sent his firmest signal yet that he will deploy troops to support Libya’s internationally recognized government, saying recent commitments between the countries should be seen as a “harbinger of steps” to follow.

Erdogan flew to Tunisia on Wednesday in a surprise visit that included meetings with government officials from neighboring Libya.

While he’s repeatedly discussed the possibility of sending troops to back Libyan Prime Minister Fayez Al-Sarraj’s government against Libyan National Army (LNA) commander Khalifa Haftar, he left no room for doubt at a news conference in Tunis.

“If there is an invitation, we would of course evaluate it,” Erdogan said in a televised press conference with Tunisia’s new president, Kais Saied.