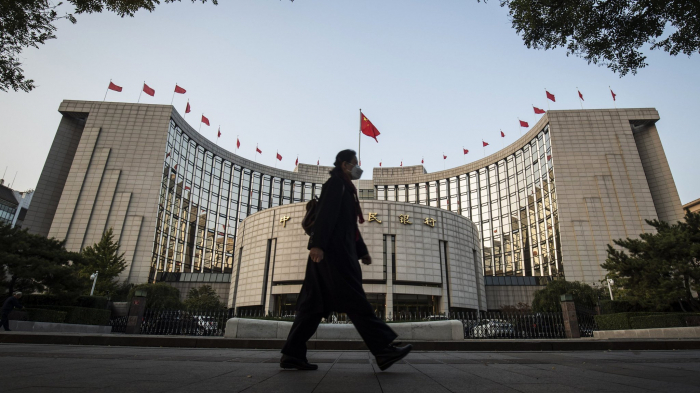 China’s central bank will use the loan prime rate (LPR) as a new benchmark for pricing existing floating-rate loans, in a step that analysts say could help lower borrowing costs and underpin economic growth.

Beijing has unveiled a raft of pro-growth measures this year, including tax cuts, more infrastructure spending, reductions in the amount of cash banks must keep on reserve and lending rates to boost credit.

Starting on Jan. 1, financial institutions will be prohibited from signing floating-rate loan contracts based on the previous benchmark bank lending rate, the People’s Bank of China (PBOC) said in a statement on its website on Saturday.

Floating-rate loans, excluding individual housing loans tied to state provident funds, that have been signed before 2020 will be priced in line with the LPR, the central bank said.

Under the new rate regime unveiled in August, the revamped LPR is linked to the medium-term lending facility (MLF), a key policy rate of the PBOC.

“The purpose of the step is to make interest rates more market-driven and help lower financing costs,” said Wen Bin, an economist at Minsheng Bank in Beijing.

The previous benchmark bank lending rate has been kept steady at 4.35% since October 2015.

Analysts expect the central bank to cut the MLF rate by 20-30 basis points in 2020, which could pave the for way for lowering the LPR further.

SLOWING ECONOMY
China’s economic growth slowed to 6.0% in the third quarter, a near 30-year low, but full-year growth is expected to be within the government’s target of 6-6.5%.

Analysts believe easing trade tensions with the United States could relieve pressure on exports, but further policy loosening is still needed to cope with weak demand at home and abroad.

The government plans to set a lower economic growth target of around 6% in 2020, relying on increased state infrastructure spending to ward off a sharper slowdown, policy sources said.

From March 1, financial institutions will negotiate with customers on terms for converting the pricing benchmark on their loan contracts into the LPR, the central bank said.

The converted lending rate on the existing commercial individual housing loans should remain unchanged, in order to implement the government’s property regulations, the central bank said.

The benchmark conversion should be completed before the end of August, the central bank added.

Nearly 90% of new loans are benchmarked against the LPR, but the existing floating rate loans are still priced based on the previous benchmark lending rate, which “cannot reflect the changes of market interest rate in a timely way”, the PBOC said.