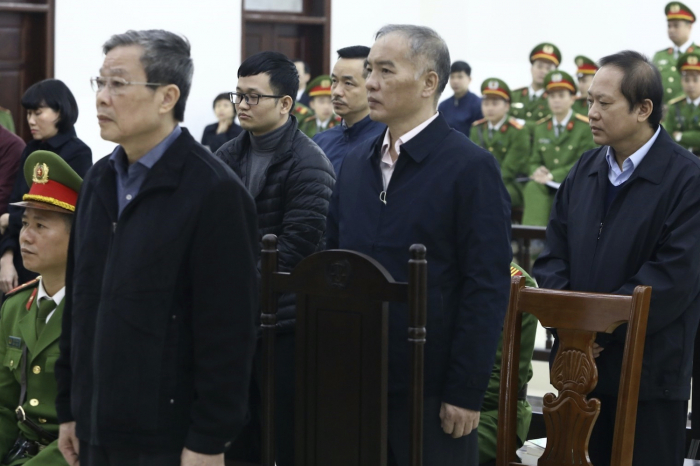 A court in Vietnam on Saturday sentenced a former information minister to life in prison after finding him guilty of taking $3 million in bribes in connection with a controversial deal at state telecoms firm MobiFone.

Nguyen Bac Son received the money to facilitate a deal in which MobiFone overpaid for a 95% stake in a loss-making pay television provider, the Ministry of Public Security said in a statement.

The court also sentenced another former information minister, Truong Minh Tuan, to 14 years in prison, accused of economic mismanagement and taking bribes in the same case, according to the statement.

The government suffered “serious financial losses” as a result of the transaction, the statement said.

The MobiFone case is the largest corruption investigation so far in Vietnam’s anti-graft campaign that has already engulfed hundreds of government officials.

Audio Visual Global JSC Chairman Pham Nhat Vu was sentenced to three years in prison after being found guilty of paying the bribes to Son, Tuan, MobiFone executives and other government officials, the statement said.

The court also sentenced 11 other defendants to between two and 23 years in prison for their involvement in the case.

Reuters could not immediately reach their lawyers for comment.

A plan to sell a stake in MobiFone has long been touted as one of the most anticipated in Vietnam’s drive to privatize state-owned companies, but it has never materialized.

The government said earlier it would sell a stake of up to 50% in MobiFone by the end of 2020.