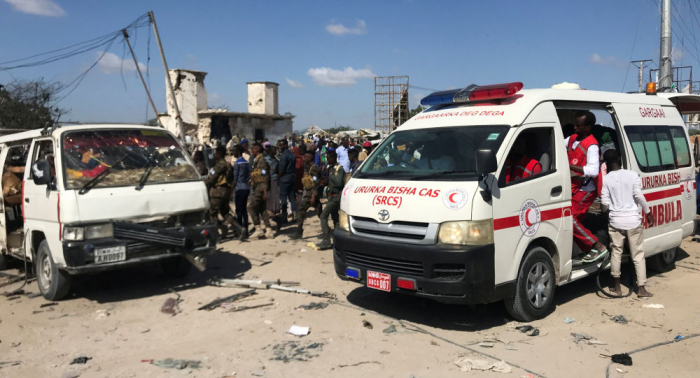 Mogadishu Mayor Omar Muhamoud earlier confirmed that at least 90 civilians, mostly students, were injured in the explosion. No group has claimed responsibility for the incident so far.

More than 90 people have been killed in a car explosion in the Somali capital city of Mogadishu, lawmaker Abdirizak Mohamed reported via Twitter.

According to Mohamed, 17 police officers, 73 civilians and 4 foreign nationals were among the victims of the blast.

Local media previously reported that fifty people, including four Turkish engineers, perished in the incident that occurred near a taxation office.

Radio Dalsan said quoting Somali security services that the engineers from Turkey who were killed in the blast could be the main target of attackers.​

Somalia has been embroiled in a violent conflict since 1991 and is regularly rocked by bomb attacks carried out by the al-Shabaab group affiliated with al-Qaeda*. The group is seeking to oust the UN-back Somali government.

While the group has been expelled from Mogadishu, it continues to carry out terror acts in the capital.