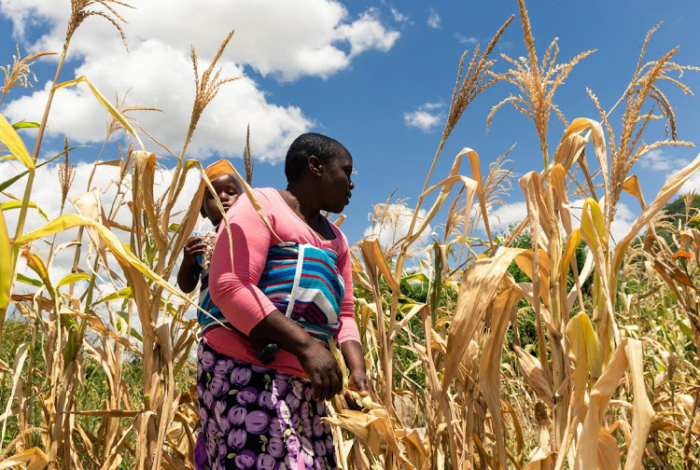 A swathe of Zimbabwe, running from the southwest to the northeast, faces a “phase 3” food crisis after a sporadic start to the November to March rainy season, the Famine Early Warning Systems Network (Fewsnet) said.

Phase 3 is just two steps down from full-blown famine, the USAID-funded Fewsnet said in an e-mailed statement on Friday.

The forecast for the region is for “below-average rainfall”, it said. Parts of the Democratic Republic of the Congo (DRC), Madagascar, Mozambique and Malawi will also be affected, it added.

It’s the second drought in as many years. “Many areas of the region are likely to face a second consecutive poor rainfall season and harvest,” the organisation warned.

That’s particularly bad for Zimbabwe, where the “poor macroeconomy is negatively affecting planting and germination rates”, it said.

Millions of rural Zimbabweans are too poor to plant and farm maize, the country’s staple food. Zimbabwe faces an economic crisis where shortages of cash, fuel and electricity cripple people’s access to basic food.

“High staple prices in the region are contributing to below-average purchasing power for a significant number of poor households,” Fewsnet said, mainly because prices are trending 5%-10% above the five-year average in SA, the region’s biggest producer and the source of much of the region’s milled maize.

The World Food Programme (WFP) will extend a pilot programme that fed about 19,000 “vulnerable” urban poor in 2019 to eight new areas in 2020, its Harare spokesperson, Tinashe Mubaira, said on Friday. Of about 8-million people who faced “severe hunger” this year, 2.2-million lived in urban areas, Mubaira said in an e-mailed statement. The WFP plans to provide money to 200,000 urban residents.

Farmers in Zimbabwe traditionally plant maize in November, when the rainy season begins. So far, they’ve received as little as 55% of normal rainfall, with the luckiest receiving 85%.