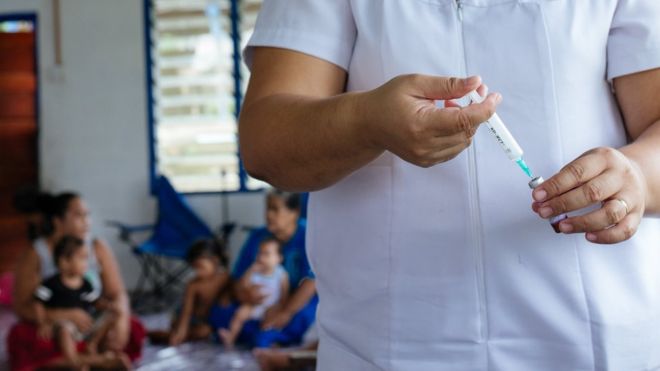 Samoa has lifted a six-week state of emergency, which was put in place amid a measles epidemic that killed 81 people and infected more than 5,600, AzVision.az reports citing BBC News.

Most of those killed in the outbreak were babies and young children.

According to aid agencies, this is the level required in order to have "herd immunity" against the disease.

Under the emergency orders put in place last month, schools were closed, travel and public gatherings were restricted, and red flags were placed outside the homes of people who hadn't been vaccinated.

Globally, measles cases are on the rise - including in the US and Germany - as parents forego life-saving vaccines because of false, repeatedly debunked theories linking childhood immunisation with autism.

Earlier this year a measles outbreak hit Auckland in New Zealand - a hub for people travelling to and from many small Pacific islands.

In Samoa, low vaccination rates are in part due to the deaths of two children in 2018.

The deaths were wrongly attributed to the vaccination against measles, mumps and rubella (MMR) - but were actually caused by nurses mixing the vaccine with a muscle relaxant instead of water.

But this raised local fears around vaccines, and were exploited by anti-vaccination campaigners - also known as "anti-vaxxers".

Prominent anti-vaxxer Edwin Tamasese was arrested in Samoa earlier this month and charged with incitement against a government order.

Mr Tamamese had posted false theories about measles on Facebook, and instead promoted the use of ineffective remedies to treat the deadly illness - such as using papaya leaf extract and vitamin C.

He also called the government's vaccination programme "the greatest crime against our people".