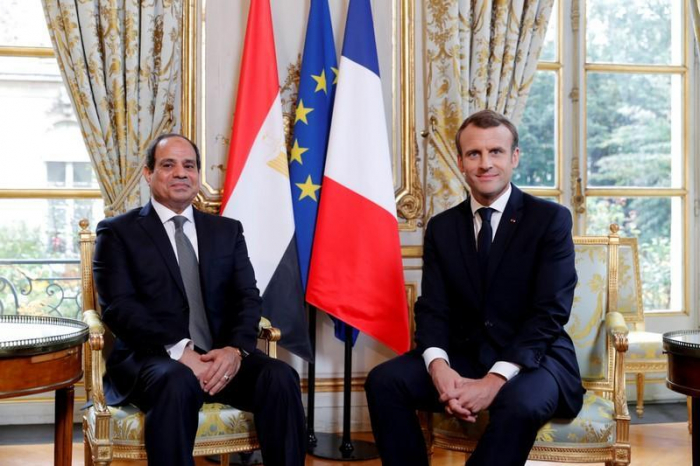 Egyptian President Abdel Fattah Sisi and his French counterpart, Emmanuel Macron, have agreed to intensify bilateral and multilateral cooperation for finding a political solution to the crisis in Libya, the Egyptian presidential press service said in a statement on Monday, AzVision.az reports citing Sputnik.

"President Abdel Fattah Sisi held phone talks tonight with French President Emmanuel Macron," the statement read, adding that "they have agreed to intensify efforts bilaterally and together with international partners for finding a solution to the currently critical situation in Libya."

According to the text, Sisi described Cairo's stance on the matter as being "focused on restoring safety and stability in Libya, supporting efforts for the fight against terrorism, and stopping the activities of armed groups and the unlawful foreign interference in Libya's domestic affairs."

Macron, in turn, said that France was seeking to find a political solution to the Libyan crisis.