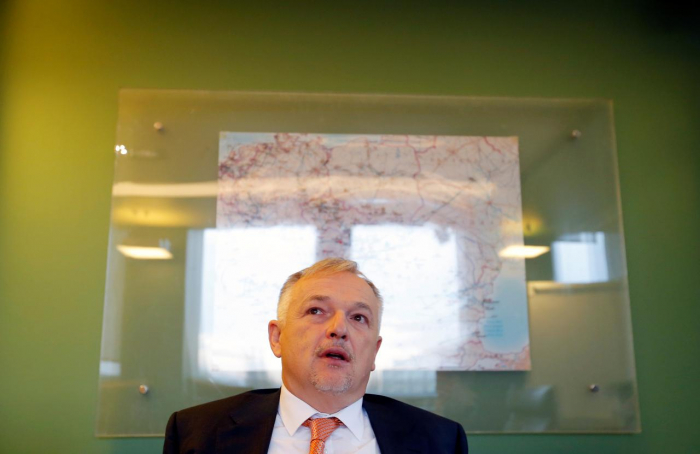 A Croatian court ruled on Monday that the head of Hungarian energy group MOL and Croatia’s former prime minister were guilty in a corruption case, opening a new chapter in a legal saga that has dragged on for almost a decade.

MOL’s Chief Executive and Chairman Zsolt Hernadi was found guilty of bribing former Croatian Prime Minister Ivo Sanader in 2008 to allow MOL to become the key decision-maker in Croatian energy firm INA, in which MOL is the biggest shareholder and the Croatian state is the second-biggest.

They were handed prison sentences of two and six years respectively, Croatia’s N1 television reported, although both were absent from court. The ruling is not final and can be appealed. MOL owns close to 50% of INA while the Croatian state owns 45%.

Court president Ivan Turudic said: “There is an active European arrest warrant for Hernadi and Hungary should act accordingly.”

Hernadi and Sanader, who was prime minister from 2003 until 2009, have denied any wrongdoing in the case that was originally launched by Croatia’a anti-corruption agency. Both were absent from court.

Hungary has refused to heed an international Interpol arrest warrant for Hernadi.

The court’s presiding judge Maja Stampar Stipic said that Sanader had agreed with Hernadi that Croatia would hand over decision-making rights to MOL, in exchange for 10 million euros ($11 million).

MOL said in a statement that it was disappointed with the verdict and Hernadi continued to have the full support of MOL’s board.

“The company is disappointed as the existing decisions of the Hungarian authorities and those of the United Nations Tribunal in Geneva concluded that there was no wrongdoing by any MOL Group officer,” it said, adding that it would use all measures as defense “against any allegations of illegal practices.”

Sanader was initially sentenced to 8-1/2 years in prison in 2014 for taking a bribe from MOL, but Croatia’s Constitutional Court in 2015 ordered a retrial, citing procedural errors.

On Monday Sanader’s sentence was cut to six years because he became ill in the meantime, Turudic said.

In 2016 an international body for commercial arbitration at the U.N. in Geneva ruled that there was insufficient evidence to prove corrupt activities.

On Monday MOL said its strategy toward INA remained unaffected by the court ruling.

MOL and the Croatian government have been at odds for years over management rights and investment policy at INA but a recent decision to invest about $600 million in INA’s Rijeka refinery in Croatia was backed by them both.