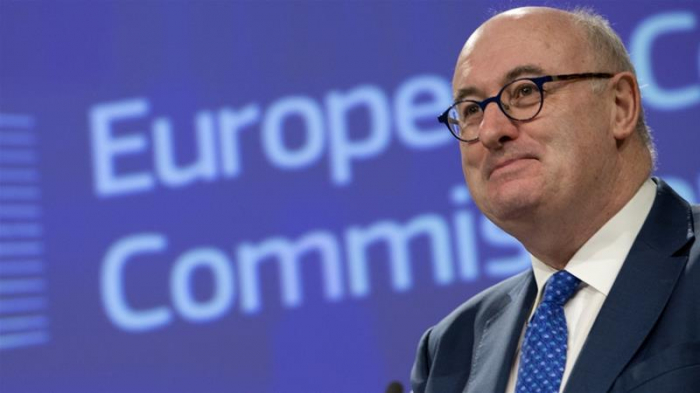 The European Union’s new trade commissioner, Irishman Phil Hogan, was quoted on Monday as saying he would seek a reset of EU/US trade relations on a number of contentious issues when he meets his U.S. counterpart for the first time next month, AzVision.az with reference to Reuters reports.

The Trump administration imposed tariffs on European steel and aluminum in mid-2018. It has done the same to $7.5 billion worth of EU products over a dispute about subsidies for European planemaker Airbus (AIR.PA), and is threatening action against France over a digital services tax.

Hogan, who was promoted from the role of EU farm chief this month, spoke to U.S. trade representative Robert Lighthizer just before Christmas, he told the Irish Times newspaper.

“We agreed to meet in Washington in mid-January to discuss the long list of issues causing strain in the relationship between the EU and the US. There is no point in getting into the details of resolving trade irritants unless we agree a line on a common trade agenda,” he was quoted as saying.

“I will be seeking a reset of the EU/US trade relationship on issues like tariffs on steel and aluminum and the threat of US tariffs in response to a digital tax in Europe.”

The two sides are in theory trying to forge a deal to remove overall import duties, but are stuck over farm products, which Washington says must be included and Brussels says cannot feature.

They are also at odds over Washington’s paralysis of the World Trade Organization’s judicial arm, a vital part of the global trading system.

The European Commission has said the bloc will act as one over the planned U.S. tariffs on French goods, and that a threat this month to increase EU-wide tariffs in relation to the Airbus dispute would make a settlement more difficult to achieve.