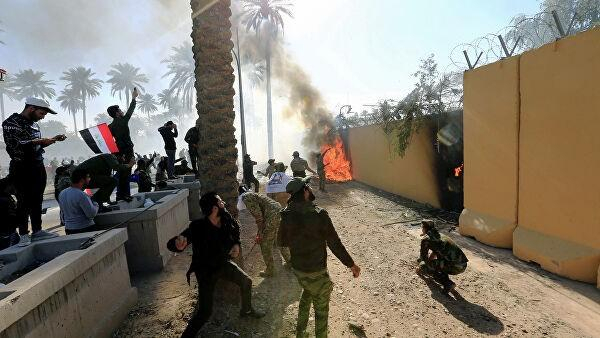 The U.S. Embassy in Baghdad said on Wednesday that all public consular operations were suspended, a day after Iran-backed militias and their supporters stormed its outer perimeter, setting fires, throwing rocks and smashing surveillance cameras, AzVision.az reports citing Reuters.

“Due to militia attacks at the U.S. Embassy compound, all public consular operations are suspended until further notice. All future appointments are canceled. U.S. citizens are advised to not approach the embassy,” it said in a statement.