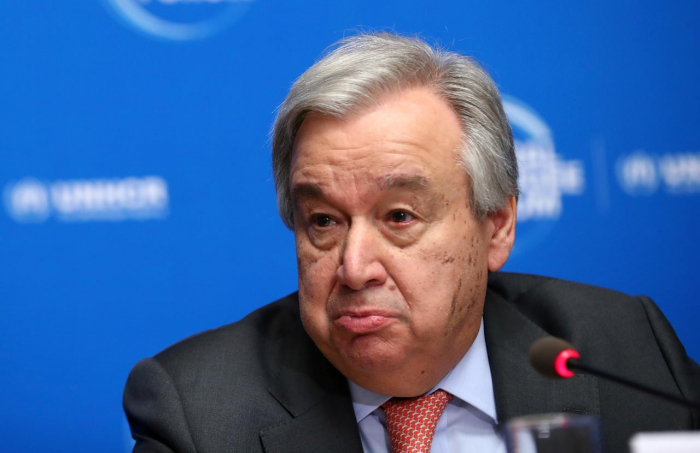 “The Secretary-General very much hopes that the tests will not resume, in line with relevant Security Council resolutions. Non-proliferation remains a fundamental pillar of global nuclear security and must be preserved,” spokesman Stephane Dujarric said in a statement.

North Korean leader Kim Jong Un said this week that there were no longer grounds for Pyongyang to be bound by a self-declared moratorium on intercontinental ballistic missile and nuclear bomb testing and that a “new strategic weapon” would be introduced in the near future.

“Diplomatic engagement is the only pathway to sustainable peace,” Dujarric also said.

U.S. President Donald Trump - who in 2018 became the first American leader to meet with a North Korean leader - said after Kim’s remarks that the leader had signed a denuclearization contract and Trump thought Kim was a “man of his word.”

Trump has repeatedly pointed to the moratorium, in place since 2017, as a sign that his policy of engagement with North Korea was working.

Last month, Pyongyang warned Washington of a possible “Christmas gift” after Kim gave the United States until the end of the year to propose new concessions in talks over his country’s nuclear arsenal.

North Korea experts said that Kim’s remarks - made during an hours-long plenum speech - were likely directed at his party, military, and government officials in North Korea, preparing the country for another period of economic hardship as it prepares for a long stalemate with the United States.

“The main points, almost certainly, were not headlines about weapons development or a possible resumption of testing,” said Robert Carlin, a North Korea expert at the Stimson Center think tank in Washington.

“It means preparing the economy and the people for a long-term confrontation with the U.S.,” he said, adding that the message was “no longer working for relief of sanctions but girding to live under them.”