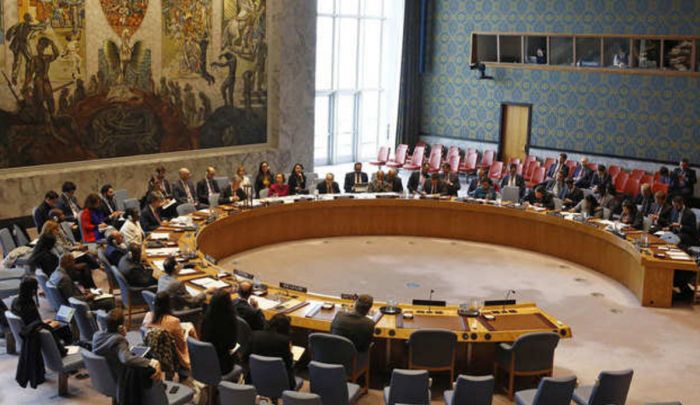 The United Nations Security Council will hold closed-dorr consultations on the situation in Syria’s Idlib later in the week, a UN source told TASS on Wednesday.

"Great Britain and France have requested a closed meeting before the end of the week. Vietnam as the Security Council chair in January has ruled to satisfy this request," the source said, adding that the exact day has not yet been appointed.

Syria’s government army launched an offensive on December 19 and by now has liberated 46 settlements in the southern part of Idlib. The army command says a territory of more than 320 square kilometers has been cleared of terrorists.

The Jabhat al-Nusra terrorist organization (outlawed in Russia) and its affiliates are now controlling most of this governorate in the northwest of Syria. According to the al-Ahbar newspaper, al-Nusra is supported by pro-Turkish armed opposition groups. They have pulled extra forces in Idlid from Afrin and Jeralbus.

Idlib is the only large Syrian region that is still controlled by illegal armed groups. A norther de-escalation zone was set up in Idlib in 2017 to give shelter to militants and their families who were reluctant to voluntarily surrender arms in Eastern Ghouta and in Syria’s southern regions. Twelve Turkish observation stations are operating in the Idlib governorate.