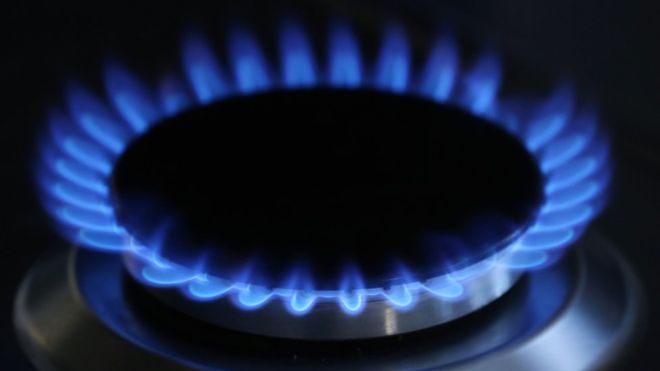 A tiny spark in the UK’s hydrogen revolution has been lit – at a university campus near Stoke-on-Trent.

Hydrogen fuel is a relatively green alternative to alternatives that produce greenhouse gases.

The natural gas supply at Keele University is being blended with 20% hydrogen in a trial that's of national significance.

Adding the hydrogen will reduce the amount of CO2 that’s being produced through heating and cooking.

Critics fear hydrogen will prove too expensive for mass usage, but supporters of the technology have high hopes.

Using natural gas for heating generates about a third of the UK emissions that are driving global warming.

But the only product of burning hydrogen is water.

How does it work?

As a fuel, hydrogen functions in much the same way as natural gas. So staff in the university canteen say cooking on the 20% hydrogen blend has made no difference to their cooking regime.

The project – known as HyDeploy - is the UK’s first live trial of hydrogen in a modern gas network. Keele was chosen because it has a private gas system.

Its hydrogen is produced in an electrolyser - a device that splits water (H2O) into its constituents: hydrogen and oxygen. The machine is located in a glossy green shipping container in the corner of the university’s sports field.

The gas distribution firm Cadent, which is leading the project, says that if a 20% blend were to be rolled out across Britain, it would reduce emissions of CO2 by six million tonnes - equivalent to taking 2.5 million cars off the road.

The hydrogen could be generated pollution-free by using surplus wind power at night to split water molecules using electrolysis.

Why not add more than 20% hydrogen?

The 20% proportion was chosen because it’s an optimal blend that won’t affect gas pipes and appliances.

Currently, the UK has only small supplies of hydrogen, but the firm says increasing production would offer a quick way of cutting emissions from heating.

Consultant engineer Ed Syson told BBC News: “The prize is a large one. If we were to roll this system out across the UK it would be on broadly the same scale as offshore wind is today. So it’s a significant technology.

“What’s more, it makes those carbon savings without having customers change their behaviour in any way.”

How long before we see 100% hydrogen boilers?

Some boiler manufacturers are already producing prototype boilers that use 100% hydrogen.

Worcester Bosch, for instance, has a “hydrogen-ready” design. It can run on natural gas, but it’s capable of converting to 100% hydrogen following a one-hour visit by an engineer.

The firm wants the government to stipulate that by 2025, all new boilers on sale should be hydrogen-ready.

It says this would allow households to switch painlessly to clean boilers when existing boilers reach the end of their lives. The extra cost of the hydrogen-ready boiler would be about £50, it says.

Image copyrightREUTERSImage captionHydrogen could be generated using surplus energy from renewables
How clean is hydrogen?
Hydrogen can be produced from water through electrolysis, or from natural gas.

Electrolysis from surplus renewable energy is unambiguously beneficial for the environment – but it’s not very efficient.

For the foreseeable future it may be cheaper to produce hydrogen from natural gas. However, CO2 is released in the industrial process used to generate hydrogen.

The resulting CO2 would need to be captured and stored underground with carbon capture and storage (CCS) - a technology not yet established at scale.

Is the hydrogen revolution inevitable?

About 85% of homes have gas central heating, and some experts believe it will prove more cost-effective to switch boilers to hydrogen, rather than to install heat pumps which would require the UK’s aging housing stock to be highly insulated.

A recent study for the government raised the possibility that homes could be warmed by a hybrid system using electric heat pumps, then topping up with hydrogen on cold days.

Major drawbacks to hydrogen are cost and availability. The costs are much higher than for natural gas, although the differential will surely shrink as carbon taxes raise the price of burning gas to combat climate change over coming decades.

The environmental think tank E3G said in a statement: “Going for hydrogen entails massive infrastructure expenditure. In many cases the additional costs make it look unattractive compared with alternatives (like renewables).

Richard Black from the Energy and Climate Intelligence Unit (ECIU) told BBC News: “We will and should have hydrogen in the mix of energy options, but it’s not a wonder solution to everything, which you sometimes get the impression from the rhetoric. There is hope – but too much hype.”

Meanwhile, in the corner of a sports field in Keele, the container of hope has just supplied enough hydrogen to cook 20% of Christmas dinners.