Iraqi MPs back plan to expel US troops 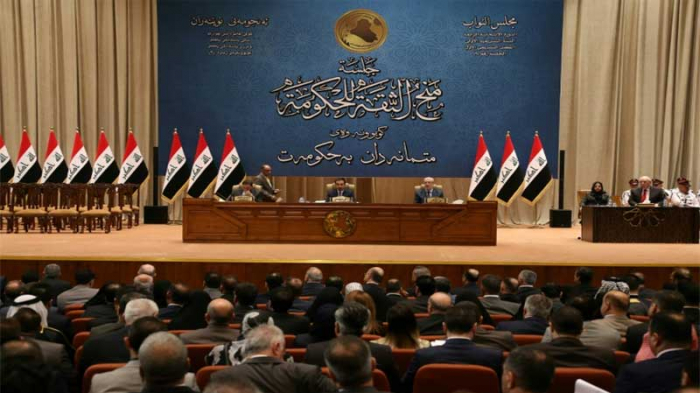 Iraqi MPs have passed a resolution calling for foreign troops to leave the country after the US killed top Iranian general Qasem Soleimani in a drone strike at Baghdad airport last week.

Parliament in Baghdad also called for a ban on foreign forces using Iraqi land, airspace or water for any reason.

The US has some 5,000 military personnel in Iraq, mainly as advisers.

Thousands of Iraqis attended a funeral procession for Qasem Soleimani before his body was flown to Iran.

The non-binding resolution was passed on Sunday after Iraq's caretaker Prime Minister, Adel Abdul Mahdi, called for an end to the foreign military presence in a speech to MPs.