Eating kidneys, liver and heart is healthy and will help the environment, doctors say 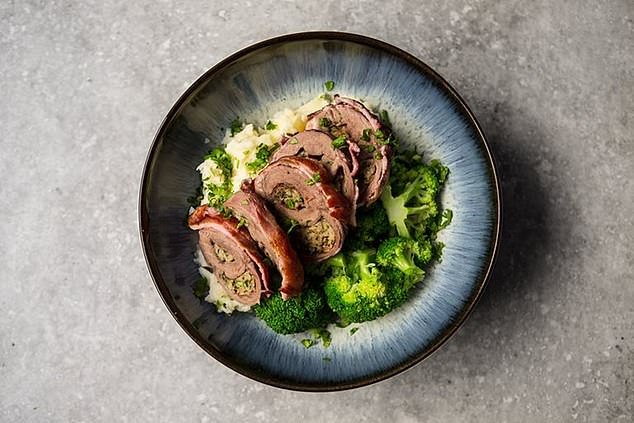 Vegans might want to look away now – because doctors are urging people to tuck into kidneys, liver and oxtail to boost their health and help the environment.

They want to persuade the pizza and pasta generation to try more daring cuts of meat by promoting 'Organuary', an offal-based alternative to the 'Veganuary' initiative that has more than 300,000 people pledging to follow a meat-free diet this month.

Popular during the war years, offal – parts of a butchered animal not attached to the carcass – scarcely appears on dinner plates today, with the average adult eating just five grams a week compared to 50 grams in the 1970s.

But under the slogan 'minimise waste, maximise nutrition', doctors and health experts at the Public Health Collaboration charity are using social media to promote organ meat as a weapon in the fight against obesity and diabetes.

The PHC claims using offal, such as the lambs' hearts pictured, would reduce waste and help the NHS save £500 million a year if type 2 diabetics no longer needed drugs or surgery to treat the disease.

Trustee Dr Joanne McCormack, a Warrington GP who dreamt up 'Organuary', said: 'People these days believe being vegan is best. But you have to have a lot of supplements to be healthy on a vegan diet.

'Organ meat, however, is very cheap and very nutritious. Eating just a little packs a lot of punch nutritionally.

'We hope this campaign will sow a seed for people to eat it, improve their nutrition and choose offal as a meal option.'

Top chef and author Giancarlo Caldesi, a PHC patron, enjoys eating offal and is backing the initiative after he lost weight and reversed his type 2 diabetes by changing his diet.

He said: 'Offal has so much goodness. I'm not anti-vegan but our bodies intended us to be omnivores.'

PHC director Sam Feltham said a key benefit of the foodstuff, which also includes items such as tripe, tongue and brain, is that it's good value for money.

Lamb shanks, for example, cost an average £10 per kilo, compared to lambs' liver at a quarter of the price.

Toni Vernelli, spokesman for Veganuary, said 330,000 people around the world had signed up to this year's campaign.

'We don't see Organuary as being in competition to us,' she said. 'They will probably have a tough job selling their message as a lot of people are squeamish about offal.'