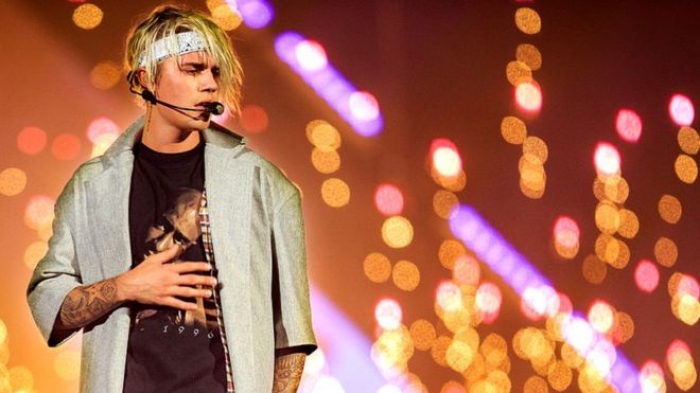 Pop super star Justin Bieber announced Wednesday that he has Lyme disease. In a post on Instagram, Bieber said he will address his struggle with the illness, which is contracted through a tick bite, in a YouTube documentary.

"It's been a rough couple years but getting the right treatment that will help treat this so far incurable disease and I will be back and better than ever," the 25 year old entertainer wrote in the post's caption.

He called out critics who he says have been unfairly commenting on his looks by saying he looks like he is "on meth."

"They failed to realize I've been recently diagnosed with Lyme disease, not only that but had a serious case of chronic mono which affected my, skin, brain function, energy, and overall health."

The photo portion of Bieber's post shows a TMZ article reporting that the YouTube documentary is set for a January 27 release.

"You can learn all that I've been battling and OVERCOMING!!" he wrote on Instagram.

He spent much of last year suffering but undiagnosed, TMZ reported, until doctors figured out what was wrong.

The post's photos include pictures said to be taken in September of Bieber appearing to be hooked up to an IV drip.

In subsequent Instagram posts and on his Instagram story later in the day, Bieber thanked his fans for supporting his new song "Yummy," released last week.

And the Canadian seemed to say he is doing better, posting a meme video of a little girl dancing with the caption, "But now this is how I'm feelin."

Bieber was discovered by talent scouts as a young teenager after posting videos of himself singing on YouTube and quickly shot to superstardom. He has since won several MTV awards, Billboard Music awards and a Grammy, among others.

After an Instagram post from March indicated Bieber would be taking time off music to focus on "my family and my health," Bieber married US model Hailey Baldwin in September.

Now he has a new album and tour coming soon, according to TMZ.

In September Bieber opened up about "massive ups and downs" he experienced as he went from beloved teenage heartthrob to "the most ridiculed, judged and hated person in the world."

In a lengthy Instagram post, he reflected on how child stardom triggered depression and a lack of humility that led to drug abuse and his becoming "resentful, disrespectful to women, and angry."

"I became distant to everyone who loved me, and I was hiding behind, a shell of a person that i had become," he wrote.

Lyme disease is transmitted to humans through infected ticks, according to the US Centers for Disease Control and Prevention. Symptoms can include fever, chills, headache, fatigue, joint aches and a "bull's-eye" rash that occurs in 70 to 80 percent of infections.

Most people who are treated with antibiotics early fully recover, according to the CDC, though the infection can become severe or prolonged in some cases.