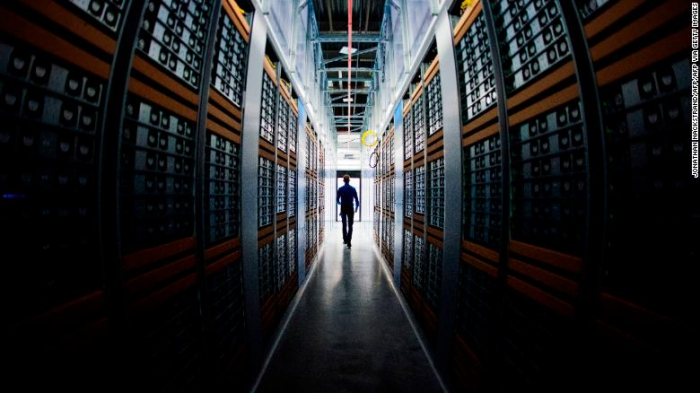 More than 18,000 hours of internet shutdowns around the world caused by deliberate government action cost more than $8 billion in 2019, a new report estimates.

India, Chad and Myanmar were the worst offenders in terms of the amount of time the internet was disrupted, while Iraq was the most economically affected, losing an estimated $2.3 billion across 263 hours of internet blackouts and social media shutdowns.

The report, which examines partial and total shutdowns across 122 countries, was published by the internet research firm Top10VPN and builds on work done by the internet freedom watchdog Netblocks and advocacy group The Internet Society.

"In economic terms, disruptions not only affect the formal economy but also the informal, especially in less well-developed nations. There can also be lasting damage with the loss of investor confidence and faltering development, all of which makes our estimates conservative," researchers Samuel Woodhams and Simon Migliano wrote for Top10VPN.

"On the human rights side, these shutdowns clearly impact citizens' freedom of expression and the right to information and may even result in an increase in violence."

Internet blackouts used to be rare — the result of accidental damage to undersea communications cables more often than intentional government activity — but they have become increasingly more common.

In the last five years, the number of internet shutdowns around the world has grown exponentially, particularly as governments adopt them to control unrest and protests. According to Freedom House, a Washington-based non-governmental organization, as of last year almost half of the world's population lives in a country "where authorities disconnected internet or mobile networks, often for political reasons."

Such tactics have not been limited to autocratic regimes. India, for example, shut off the internet for some citizens partially or entirely more than 100 times in 2019.

An internet blackout in Indian-controlled Kashmir — at 158 days and counting — is the longest ever in a democracy, according to Access Now, an advocacy group that tracks internet freedom.

Only the autocratic governments of China and junta-era Myanmar have cut off access for longer.
The blackout came as Indian troops flooded into Kashmir following New Delhi's removal of the region's legal autonomy, which Indian Prime Minister Narendra Modi said would bring stability and end "separatism, terrorism, dynastic politics and corruption. But the shutdown left some Kashmiris unaware of the reason the internet had been cut. And without internet access, they have been largely removed from the conversation, so difficult is it for people in the region to get their messages out.

David Kaye, the United Nations special rapporteur on freedom of opinion and expression, has described the ongoing shutdown as a "communications siege" and "collective punishment without even the allegation of an underlying offense."

Despite arguably kicking off the trend of internet shutdowns a decade ago with an almost year-long blackout in the western province of Xinjiang, China is not a frequent offender. Chinese censorship is generally sophisticated enough that the authorities don't need to use such a blunt instrument as shutting off all access: They achieve the same purpose by filtering what can be discussed in the first place.

Indeed, the success of Chinese internet censorship has likely inspired other countries to follow suit — even though in many instances, especially blanket shutdowns, internet blackouts may breach rights guaranteed by the 1948 Universal Declaration of Human Rights and other international treaties. The United Nations has also affirmed member states' responsibility to protect people's access to the internet and freedom of expression online.

In the Top10VPN report, Woodhams and Migliano warned that "despite their negative impact on the global economy, human rights and democratic processes, there is little to suggest that internet shutdowns will stop in 2020."