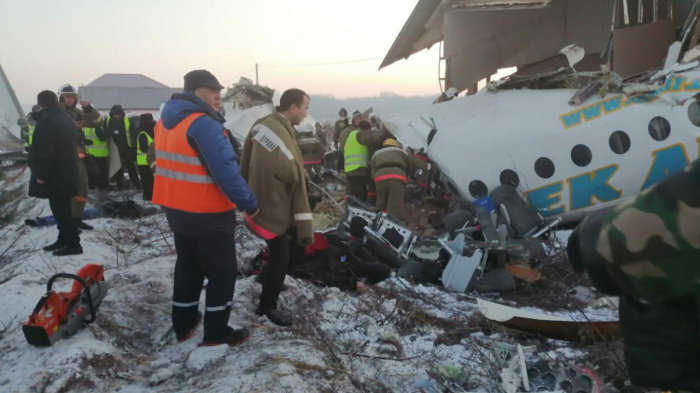 Sklyar made the statement during the press conference on the preliminary results of crash investigation on Jan. 10.

According to the latest data, 12 people died, and 66 were injured as a result of the Bek Air's plane crash on Dec. 27. A total of 98 people were on the plane, including nine children and five crew members.

Shortly after the accident, Bek Air company’s operations were suspended, as well as the use of Fokker-100 type aircraft in Kazakhstan.

On Dec. 30 Bek Air company made a statement saying the plane could have crashed due to wingtip vortices by the heavier plane departed one minute prior.

According to Sklyar, the wingtip vorticles crash theory is not true.

He noted that due to the weather conditions during the plane’s take-off, the wingtip vorticles shifted 50 meters to the left and thus, could not be the reason for the crash.

On Dec.30, Kazakhstan’s Kazaeronavigatsia RSE has also disproved the theory of Bek Air company’s plane crash announced by the company itself.